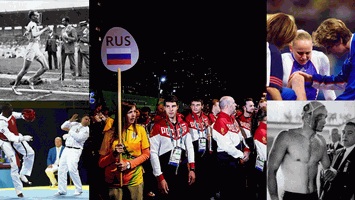 By definition, doping involves the idea of ​​athletes who eventually ingest substances intending to achieve better or worse performance during competition. Based on this concept, over the years the dream of several athletes of winning an Olympic medal came to an end with the anti-doping test that has already revealed countless scandals in the sport and unmasked performances that would be historic. At the Olympics, this sad story began in 1968 in Mexico City where the first doping scandal was found in Olympics. Let’s have a look at some of the biggest doping scandals in Olympics History. Lance Armstrong is a former North American professional cyclist, road cycling champion in 1993. He became famous for winning the Tour de France seven times in a row — a record in that event — between 1999 and 2005. In 2012, one of the biggest world sports legends lost its prestige and titles won. Lance Armstrong confirmed that he was taking drugs to compete and was banned from the sport. What few people know is that, in addition to the seven straight titles in France, the American was also a medalist in the Olympics. In Sydney-2000, Armstrong took the bronze, lost after the doping revelations. Rick DeMont is a former American swimmer who participated in the 1972 Summer Olympics in Munich. At the 1973 World Aquatics Championships, DeMont was the first man to swim 400m freestyle in less than 4 minutes. The athlete was the first Olympic champion to lose the medal for doping, in Munich-1972, when he won gold in the 400m freestyle but lost the achievement when testing positive for ephedrine, a compound that speeds up metabolism. The 2004 Athens Games were marked for having been the edition with the highest number of doping cases so far, with 25. In total, no less than eight Olympic champions lost the medal. Kissy Cataldo da Costa is a Brazilian rower. Kissya started rowing after being convinced by ahead of the bank where she was an intern; in 2000, she started rowing for Clube de Regatas do Flamengo, a club she defended until 2011. She competed in her first competition for the Brazilian national team, in 2002. The athlete was the first Brazilian woman to be caught in anti-doping in the Olympics. In London-2012, the rower tested positive for the stimulant EPO and was eliminated from the competition. The first two cases of doping in Brazil in the Olympics came from equestrianism. In Beijing-2008, Rodrigo Pessoa and Bernardo Alves’ horses tested positive for prohibited substances and were disqualified. Rodrigo Pessoa is a Brazilian rider, Olympic champion at the 2004 Athens Olympic Games, and three-time world champion in equestrianism. The 2004 medal came only a year later, inherited from Irishman Cian O’Connor, whose horse, Waterford Crystal, tested positive for the banned tranquilizers fluphenazine and zuclopenthixol. 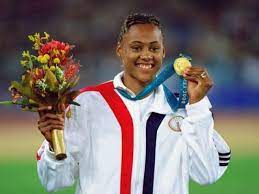 Marion Jones is an American athlete, specializing in jumping and sprint competitions. The Americans enchanted the world by winning three golds and two bronzes in Sydney-2000. With the performance, she would become the only woman in athletics to win five medals in the same edition of the Games. However, the prestige gained in Australia was lost four years later. Jones failed to repeat the performance in Athens, leaving Sydney’s result under suspicion. In 2007, the athlete herself confirmed that she had used illegal steroids and decided to return the medals she had won. Benjamin Sinclair Johnson, better known as Ben Johnson, or Big Ben, is a former Canadian sprinter born in Jamaica. In 1988, for the first time in history, the athlete finished the 100m dash below the 9.80 marks. Gold in Seoul, however, lasted no more than 48 hours. Johnson tested positive for a banned steroid, lost his medal, and had to serve a two-year suspension. After winning medals at the Sydney-2000 Games, the couple Konstantinos Kenteris and Ekaterini Thanou did not appear in the anti-doping test for having suffered a motorcycle accident. The Greeks were called up on two other occasions, but also did not appear at the exam site. The case was tried four years later, the couple’s trainer was found guilty and received four years’ punishment. The scandal began in 2015 when evidence of mass doping cases in sport in the country emerged. In 2019, WADA, the World Anti-Doping Agency, concluded that the Russians altered laboratory data without authorization, planted false evidence, and deleted conclusive files of possible doping cases. After the scandal, with the participation of even Russian authorities, the World Anti-Doping Agency banned the nation from playing in the Summer and Winter Olympic Games, as well as the World Championships, for two years. The punishment, which lasts until December 2022, was accepted by the International Olympic Committee (IOC).