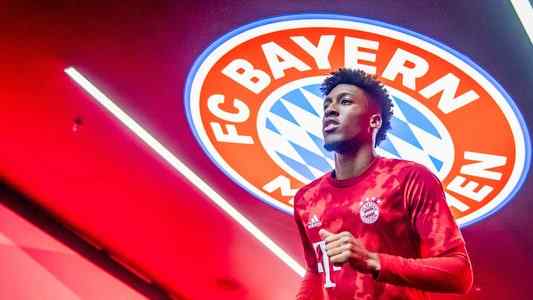 Best Defensive Midfielders in the World

The defensive midfielder or pivot position is one of those that has evolved the most in recent years thanks to the approaches and styles of the best coaches in the world today. For this reason, it is common to see all kinds of pivots focused on one or another aspect of the game without letting them fulfill their main function: patrolling the defensive zone in the center of the field.

In recent times, thanks to the great school of teams such as FC Barcelona, ​​Bayern München, or, currently, Manchester City, it is common for the pivot profile to adapt to a specific idea or style. In the lower ranks of the best teams in the world, the pivot position is one of the most valued and developed.

This, due to the great mental capacity that these players must have to be aware of their position on the field, their role, and their contribution both in recovery and in creation. For this reason, many agree that defensive midfielders are the great undervalued in football since their great work is not appreciated.

For this reason, in Modern Soccer, we have prepared another ranking of soccer players. This time, focused on the best defensive midfielders in the world today. In this way, you will be able to know which are the best in certain aspects that make them stand out from the rest and you will be able to value a little more the sacrifice of the pivots on the playing field.

Idrissa Gueye was a very low-profile midfielder when he played for Everton FC. However, by leaping PSG, the Senegalese showed that he had the ability to stand out at the national and continental levels.

Despite his injury last season, he was a key player in the French club’s relative success. Currently, he is a fixture in the rosters and his recovery statistics are among the best in all of Ligue 1.

Jordan Henderson has been one of the players who has evolved the most since Klopp’s arrival on the net bench. The Liverpool FC captain was a linchpin in the scouser club’s recent successes and is currently one of the best in his position globally.

The Englishman, recently voted the best player in the Premier League by the PFA, is the very picture of the dedication and sacrifice of the modern midfielder. For this reason, at 30 years of age, the level he maintains makes him stand out in our ranking.

Special mention deserves the best defensive midfielder in England outside the Big-Six. Wilfred Ndidi is a player who has taken over from Kanté at Leicester to become the best in his position. When in shape, Ndidi is not only the best on his team but the best in the entire league.

However, his recent injuries have somewhat weighed down the great projection of one of the great promises of the Premier League. If he were to join any team in the world, we are sure he would be the starter and the best in his position. Ndidi is a very physical player with an almost innate recovery and an enviable passing ability.

Sergio Busquets continues to be a regular in the core of FC Barcelona. Indeed, he is not currently going through his best moment, but if we can mention a perfect example of what the modern pivot is, it would be a crime not to mention the best defensive midfielder of the last decade.

Busquets is an elegant player with a privileged brain that has allowed him to be the undisputed starter at FC Barcelona. This, both in the best years of the culé team and in the complicated recent times. For this reason, when Busi retires, his contribution will be valued much more and he will be studied as one of the best in his position on a historical level.

N’golo Kanté is the player who takes sixth place in the list of Best Defensive Midfielders in the World. The Frenchman was one of the key players in Leicester City’s success in the 15/16 season and one of Chelsea FC’s best players since his arrival at the London club.

Since the arrival of Frank Lampard, Kanté went through practically every area of ​​the field until the Englishman chose to give him the title as a pivot. Currently, he is one of the players who recovers the most balls and who creates the most game from his position.

If we talk recently about the successes of Liverpool it is impossible not to mention the great impact of Fabinho. The Brazilian, together with Alisson and Van Dijk, are largely responsible for the defensive improvement of the club network.

Thanks to his versatility, he is a player who can play both in a double pivot and in a scheme in which the weight of the game falls on him. Similarly, Fabinho is a key player in Tite’s Brazil and one of the best players in the world at his position.

Rodri is a player who was paid a good deal two seasons ago. His role within Manchester City is fundamental, although a better version of the Spanish footballer is still expected. At the moment, the level of display is not bad but more is expected under the orders of Pep Guardiola. The former Atlético de Madrid went from being one of the best pivots in LaLiga to one of the best in the Premier League.

However, the Spanish team is where we have seen the true potential of Rodri. There his presence in the eleven is more consistent, providing fluidity in the game and presence in defense.

Dutchman Frenkie de Jong was one of the great bombs of last summer when he joined FC Barcelona for a fortune. In his time as culé, he has had a fairly long adaptation period. However, everything seems to indicate that he has finally found his ideal position.

Since the arrival of Ronald Koeman, de Jong has been an undisputed starter in the system with two pivots. In this position, we have seen the best version of Frenkie since he arrived at the culé team. Such has been his impact as a pivot that Koeman has chosen to place him as a center-back thanks to his good vision and ability to recover, as well as being a great starter of the game.

Another Brazilian footballer Carlos Casemiro ranked second in the list of Best Defensive Midfielders in the World. The Real Madrid pivot has been a key piece in the defensive solidity of the merengue team for years.

His great delivery, speed, and good head to make tactical fouls and cut the rival offensive game have allowed him to stand out at a very high level. Being, in addition, is one of the best in his position thanks to his good numbers, titles, and statistics.

Joshua Kimmich is the Best Defensive Midfielder in the Football World as of 2021. Kimmich is a player who has evolved masterfully in his position. From being a very solid right-back, he became a practically perfect defensive midfielder of the modern era.

The overwhelming success of FC Bayern München last season could not be explained without the great level of Kimmich to sustain his team in practically every aspect of the game.

For all this, Kimmich seems to be the player who will break the mold and give a global impact to the players of his position. Since, despite being a pivot, he is a born scorer, an impeccable assist, and a recuperator worthy of at least a Ballon d’Or in the not too distant future.