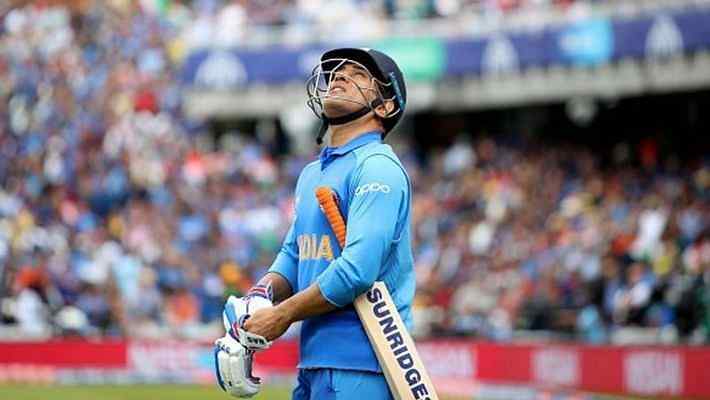 Finishing the match in style and claiming victory from the opponent’s mouth is not a piece of cake. These Top 10 Best Finishes in Cricket History made it look so easy with their pressure handling technique and quality hitting these batsmen snatched the victory from many cricket opponents’ teams. Cricket is a unique game in which batsmen face unique challenges at each batting position. These players are referred to as the most reliable batsmen by scoring runs quickly under pressure while maintaining their composure, a characteristic that has helped them stand out from the crowd.

The top Ten Greatest Finishers in Cricket are:

Jos Buttler is one of those rare breeds of players who is equally adept at opening and closing the innings. The wicketkeeper has elevated his game to new heights and is now widely regarded as the world’s best finisher. In One-Day Internationals, Buttler averages 39.7 with a strike rate of 116.97. While his strike rate and average will be sufficient on their own to propel him to dominance.

The wicketkeeper possesses an uncanny ability to balance quality and extravagance, and he has never failed to deliver for his team. Buttler is currently the world’s undisputed best finisher, and if he maintains this form, he may also challenge MS Dhoni for the title of greatest finisher of all time.

He embodied what one might refer to as a classic street fighter. Miandad was a reassuring presence in the midst of the hurricane, a lion-hearted batsman who thrived in adversity. Additionally, the figures corroborate this. During Miandad’s career, the right-hander led the majority of Pakistan’s 47 effective run chases, scoring 1403 runs at an average of 61.00, including 11 half-centuries and one ton.

The century came against India in the 1986 Austral-Asia Cup final in Sharjah, when he hit a last-ball six off Chetan Sharma to cement his place in the Indo-Pak rivalry’s upper echelons. His unmatched finishing abilities have elevated him to the status of one of the greatest finishers in cricket history.

Without a doubt, Richards is one of the greatest batsmen of all time. In a nutshell, he was responsible for giving the term “swagger” a whole new meaning in cricket. Though several batsmen have more impressive records, Richards was the most destructive batsman of his generation. With his faultless batting abilities, he has the ability to change the game at any point. Few batters come close to his ability to threaten, intimidate, and shred bowling attacks. He is still one of the world’s greatest finishers.

Hussey was in the midst of one of his career’s best white-ball innings. With 18 required off the final six balls, the lefthander smashed Ajmal for consecutive sixes, and when he repeated the feat on the fourth delivery, it stunned not only Pakistanis, but the entire cricketing world.

Hussey had pulled off an incredible heist, one that he repeated for Australia in white-ball cricket on a regular basis. Hussey scored 711 runs in 26 innings at an average of 71.10, including four half-centuries, in 50 effective run chases in ODI cricket during his career. His destructive batting abilities place him among the sport’s greatest finishers.

Klusener, also known as “Zulu” in South Africa, is one of the all-time great one-day international all-rounders. When his strength is combined with his desire to invent, he embodies pure power. He was a complete nightmare for opponents during his closing cameos. Klusener was a nightmare for bowlers when he used to come out with 8-10 overs remaining.

Bevan was the greatest finisher in one-day international cricket. He was an Australian middle-order batsman. We assert this because, in one-day internationals, a batsman who bats at number six in any team is considered the finisher, and Bevan has effectively filled that role for Australia for the majority of his career. He was a physically robust individual. He had a number of memorable innings in ODIs. It’s difficult to assign a ranking to Bevan, but statistics point to him finishing fifth on our list of cricket’s best finishers.

Shahid Afridi, dubbed Boom Boom, first gained prominence for Pakistan as a hard-hitting batsman and then as a finisher in one-day international cricket. He’d developed an aura and was capable of abruptly dispatching the bowler. Due to his strong finishing abilities, he had won numerous matches for Pakistan. Matches were frequently delayed until Afridi was shown the way back to the pavilion. Afridi’s innings against India in the Asia Cup, when he smashed Ashwin for two successive sixes to get Pakitan over the line, remains one of the greatest finishes in cricket history.

Abdul Razzaq, a former Pakistani all-round bowler, was a regular at the bottom of Pakistan’s batting order. He possessed the ability to take long shots. He was capable of taking down any attack and grinding them for runs in death overs. The right-handed player demonstrated his abilities at the end of the inning. He is Pakistan’s most lethal batsman. Abdul Razzak scored 47 runs off 11 balls against England in 2005. Regrettably, he was unable to break the record for the fastest fifty.

In Sharjah, he scored a century against South Africa, one of the most memorable ODI innings ever. Razzaq, who is known for his calm demeanor and ability to absorb stress, is ranked third on the list of the top ten best finishers in cricket history.

Mr. 360, AB de Villiers, is one of the greatest finishers in cricket history. He has won numerous matches for his team by knocking the bowlers around the ground. AB de Villiers, a modern master, wowed with his 360-degree play across the field. The former South African captain was fortunate enough to make four separate touches on the same delivery. He was confident in his abilities, as evidenced by his approach to the bowler during each shot. Mr. 360, the lethal proteas, ranks second on the list of greatest finishers.

Captain-cool, MS Dhoni, regarded as one of the greatest finishers ever in cricket history in 2021, was also a better match understander than Bevan. In one-day international cricket, his conviction in his ability to see the game through established him as a finisher. He would reserve his full arsenal against a bowling strike before charging in with all guns blazing. He would occasionally induce errors in the opposition, allowing him to lead his team to victory in difficult circumstances.

Dhoni had manipulated numerous impossible game situations in India’s favor. He is regarded as the greatest finisher in cricket history due to his lethal, bloodthirsty, and crushing batting abilities at the end of the game.

Which of these cricket’s Best Finishers is your personal favorite? Kindly notify us in the comments section. Hope so you enjoyed the article, share it with your friends as well if you like it.