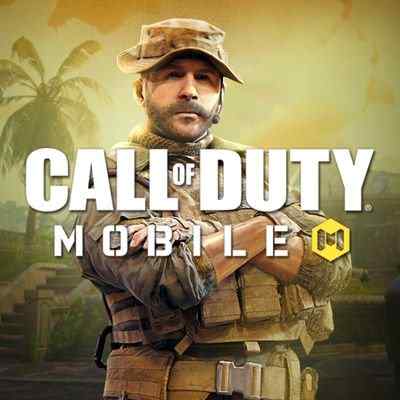 If you are looking for the best free multiplayer games for Android 2021, this list is for you. Here’s a compilation of the top 10 free multiplayer mobile games available on Google Play. So you can remotely meet your friends or unknown online players from around the world and have fun together. Check out!

Sky – Children of Light is a free co-op adventure RPG for Android phones. In this title with spectacular 3D graphics, you’ll have to, like the Children of Light, spread hope across a desolate realm. And so finally be able to take the fallen Stars back to their original constellations. Explore 7 realms, meet and socialize with players from around the world online. Join your friends and venture into dark realms to save spirits and discover ancient treasures in this unique gaming experience.

Tacticool Shooter 5v5 is one of the funniest free platform tactical shooter games for Android. As the name already reveals, this is a 5 vs 5 multiplayer online shooters. The first difference is that the game’s view is isometric, from top to bottom. Other elements that catch the attention are realistic physics, driving cars, and destructible environments. It is possible to play with different operator classes and acquire and improve over 50 weapons and support equipment.

Call of Duty: Mobile is the most popular free multiplayer FPS shooter for Android. This is one of the most fun and competitive games to play with friends online today. The game offers several multiplayer modes, however, the flagship is still its Battle Royale mode for up to 100 players, in addition to Mata-Mata in 5v5 teams. With over 100 million downloads on Google Play, the chances of you getting into a match quickly are huge.

Shadowgun Legends is an online multiplayer first-person shooter for Android phones. Despite being a futuristic FPS, this title also brings several RPG elements, allowing for various types of customization of weapons, armor, and characters. In solo mode, you’ll participate in an epic campaign with more than 200 missions on 4 planets. In multiplayer, you can play different modes. This includes co-op missions and real-time PvP team battles.

Genshin Impact is a popular open-world action RPG game for Android phones. It’s the closest thing to playing The Legend of Zelda: Breath of the Wild on your mobile. In this game, you’ll explore Teyvat, traveling across seven nations, joining new companions to face powerful challenges. You’ll be able to team up with your friends from multiple platforms to face epic bosses and unlock generous rewards.

Among Us is a multiplayer team game that became popular after boosting major streamers and video content producers. This title presents a simplistic proposition in which 4 to 10 players try to find out who the infiltrated murderous imposter is while trying to keep a ship operational. Despite having a text chat, the game is much more interesting with the use of voice chat like Discord, for example.

Download the online multiplayer game for Android, Among Us >>

KartRider Rush+ brings a multiplayer racing game experience very similar to Nintendo’s iconic Mario Kart. Here, in addition to playing in the most different solo modes, you’ll also be able to play online in real-time with your friends. The game features several charismatic characters and different types of karts for you to collect and improve. You will be able to compete in races on more than 45 different tracks, in addition to being able to participate in clubs.

RebirthM is a free open-world MMORPG for Android. In this massively multiplayer game, you will find a huge player base that is around 1 million. As in any online RPG, you’ll be able to explore dungeons, form guilds, craft items, and level up. It has multiple online game modes such as RvR, PvP, PvE, and more, plus spectacular 3D graphics and epic soundtracks. MMORPG fans will love this cross-platform title.

Dragon Ball Legends is a fighting game for Android based on the iconic characters from the universe of Goku and company. Unlike traditional fighting games based on button sequences, the special moves here are triggered by collectible cards. The game also features real-time 1×1 PvP battles between friends or players around the world. You will be able to play with all the iconic characters from the anime Dragon Ball Z, Dragon Ball Super, and GT.

Dissidia Final Fantasy Opera Omnia is a Japanese turn-based co-op RPG for Android phones. For old-timers, this is a nostalgic RPG featuring classic characters from across the Final Fantasy franchise. For beginners, this is a game full of strategies and charismatic characters. Its online multiplayer mode allows you to play cooperatively by teaming up with two other players. Having fun with your friends and still receiving high prizes.

Read More: Best Headphones for Kids to Buy in 2021