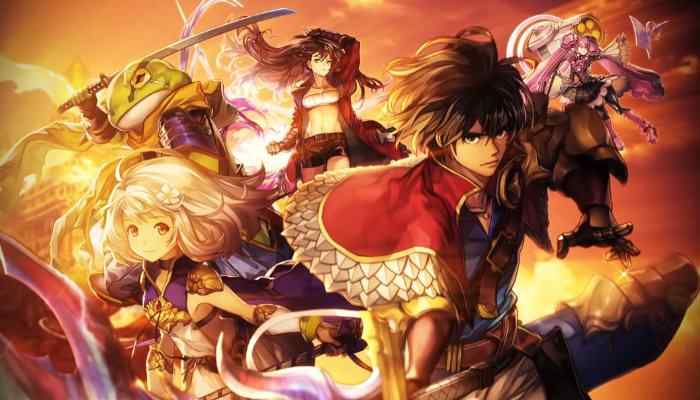 In this compilation, you can check out 10 free mobile RPG games for android that are booming on Google Play in 2021. Contemplating the main RPG sub-genres, such as Action, Japanese, Strategic and Tactical, you will find Role-playing games for every type of taste. Check out:

Genshin Impact is the most popular open-world Action RPG for mobile today. Called by many as the Breath of the Wild on cell phones, here, with the same account, you can play on the computer and continue playing via cell phone, for example. This is because the game is cross-platform and can be played on PC, mobile, and consoles. It features spectacular Japanese anime-style 3D graphics, plus an exciting orchestral soundtrack.

AnimA is a hack and slashes Action RPG for Android that looks a lot like the iconic Diablo. In this free game, you’ll get various mechanics from old-school RPGs, including top-down vision, challenging dungeons, and infinite character enhancements. It has spectacular 3D graphics with a more classic feel. In addition to bringing a multiclass system with different specializations that suit your taste, it can also be played without the internet.

V4 is a free open-world fantasy MMORPG for Android mobile. With spectacular 3D graphics, you’ll be able to choose between 6 distinct classes to create your character. In it, you can explore a huge world, form alliances, and participate in epic boss battles. There are more than 50 character customization options at your disposal. It’s still cross-platform, allowing you to play with both PC and mobile players.

Sky – Children of Light is a beautiful and relaxing exploration RPG for mobile. In it, your mission will be to explore a gigantic world to bring the fallen Stars back to their original constellations. It is possible to open up 7 realms full of mysteries to be solved. As well as meeting with players from around the world to participate together in an unprecedented social adventure. The graphics are carefully crafted to artistically simulate hand-painted environments and characters.

7. ANOTHER EDEN The Cat Beyond Time and Space

ANOTHER EDEN is a game that brings together in its creative team two of the biggest names in the jRPG universe. They are screenwriter Masato Kato and composer Yasunori Mitsuda, both involved in the iconic Chrono Trigger, Xenogears, Chrono Cross, and Final Fantasy XI & VII. Initially conceived for cell phones and then ported to PC and Nintendo Switch, its gameplay becomes quite pleasant on smartphones. In addition to Japanese anime-style graphics, its plot, unsurprisingly, is centered on time travel.

Final Fantasy XV Pocket Edition is a retelling of the main game, initially released for mobile phones. For this reason, its interface and gameplay offer better compatibility with mobile devices. For example, to move the character, you will have to select the place where you want the character to go by touching the screen. The graphics got simpler and more cuddly, in the same way, the combat menus and buttons were simplified and optimized.

Forgotton Anne is an adventure and puzzle RPG with Studio Ghibli-style graphics for Android phones. In this free RPG game, you will play Anne, a marshal who keeps the Land of the Forgotten in order. As the game unfolds, you’ll have to put an end to a rebellion that could prevent Anne and her master, Bonku, from returning to the human world. What stands out the most in the game is its engaging and epic soundtrack, in addition, of course, to the hand-painted cartoon graphics.

SINoALICE is a free real-time combat RPG very similar to the iconic Fire Emblem Heroes. This game was directed by Yoko Taro, the same as NieR and Drakengard, and the soundtrack was composed by arranger Okabe Keiichi. Here, you’ll venture into the world of fairy tales, with characters like Little Red Riding Hood, Alice, Snow White, and more. The game also features a class system, with exclusive weapons gear, over 150, and several character customization possibilities.

Arcane Quest 3 is a turn-based RPG with more classic game mechanics for Android. In it, you’ll build your character with a choice of 10 unique classes. To later fortify it and defeat enemies that are getting stronger. It also features real-time multiplayer for you to team up with friends or players from around the world and together defeat powerful enemies and unlock valuable rewards. Create your own quests, share them, or play with others.

Vampire: The Masquerade is a 100% text-based free RPG for Android phones. Here, you will be a vampire courier who drives across American highways to deliver messages and goods to higher vampires. This is an interactive horror novel composed of a text of over 650,000 words. It really is an interactive book, as there is only text and no graphic animations or sound effects. So part of the story will have to be recreated in your imagination.

Pocket Mortys is a classic Pokémon-style RPG based on characters from the popular Rick and Morty animated series. In this free RPG, instead of Pokemons, you’ll have to capture wild Mortys to train them and put them in combat. There are more than 200 Mortys for you to capture and collect scattered throughout the bizarre multiverse of Rick and Morty. In addition to the solo adventure, it is possible to play online against friends and players all over the world.

This is our super list of the best free RPG games for Android 2021. Feel free to indicate your favorite RPGs of the moment in our comments, your opinion is important.