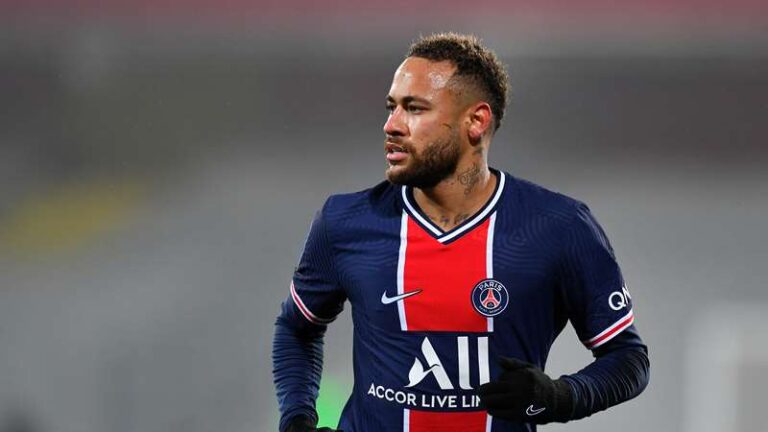 Best Left-wingers in the World

Generally, left-wingers tend to be categorized as dribbling, speedy, talented, and upright players. This, without a doubt, has a basis and a foundation, however, it is half reality. Currently, the wingers have stopped being individualistic players to become key weapons in the associative game.

For this reason, more and more left-wingers are adapting to this trend and stand out more and more by demonstrating their attributes. Not surprisingly, the best teams in the world choose to hire these wingers regardless of their high prices, since they are players who will perform on the field thanks to their talent.

These players who manage to stand out from year to year change according to the moment of one or the other. For this reason, we have prepared a ranking with the best left-wingers in the world today so that you can meet the best in this position. This, under our interpretation and criteria, so the issue is open for debate in the comments section.

Ousmane Dembélé has been a broken promise for years. He arrived at FC Barcelona with a very heavyweight on his shoulders, being the relief of a world-class player like Neymar Jr., however, his injuries have not allowed him to show his true level.

This 2020/2021 season has started from less to more for the Mosquito. Little by little he has been gaining the confidence of his coach, Ronald Koeman, and has added titles. In this way, if the season with his team were to end, we could see the true potential of one of the most expensive players in the history of FC Barcelona.

Mikel Oyarzabal is a player who seems to be touched by a wand. For years it has been sounding like one of the pearls of the Royal Society, however, in recent times it was when we all saw its true potential.

The young winger from Real is one of the most important players in Imanol Alguacil’s team. His goal scorer and assistant contribution have been decisive in the style of play that Real Sociedad has as LaLiga leader.

In addition, at 23 he is already a regular and recurring player with the senior team, so everything seems to indicate that he will be a world-class player if he continues with this good career.

Leroy Sané was one of the great surprises of a few years ago after his millionaire transfer to Manchester City. At that time, we all thought that he was a young winger who would gradually make a hole as a substitute. However, in just a few months he took ownership.

After some disagreements with his coach, Sané opted for a change, signing for the best team in the world today, FC Bayern München. His talent and youth suggest that, if we continue like this, we could face one of the best players in the world in the not too distant future.

Marcus Rashford is a player who surprised friends and strangers in his breakthrough season. That season 15/16 he scored a goal in his debut in all the competitions that Manchester United played, so we could see that he would be a player with a lot of future.

At present, he is the 10th of Manchester United, one of its captains and the most decisive player in the rival area, all this at the young age of 23 years.

When it comes to surprises, Kingsley Coman is one of the most pleasant surprises in recent years. The PSG youth squad is a player who has won everything in all the clubs he has played. At 24, he has a record of 22 official titles.

This, thanks to his great talent and a good eye for choosing which team to play for. After being discarded by PSG, he was signed by Juventus (where he was not well valued either) to finally land at Bayern. Club where he has excelled and played at his best level, scoring in a UEFA Champions League final.

Son is a unique player in his style. The Korean player has been one of the best players on his team, Tottenham Hotspur for many, many years and has contributed a lot of goals and assists to Spurs. The footballer is a key piece of José Mourinho, being a fixture in their line-ups.

Eden Hazard for many years was one the best left-wingers not only in the entire Premier League but in the football world as well. For this reason, Real Madrid paid a real fortune for what promised to be the perfect replacement for Cristiano Ronaldo.

However, injuries have hampered the Belgian player’s Madrid start, who has not yet been able to show his full potential dressed in white. Therefore, we do not doubt that when he returns to his level, Hazard will once again be one of the best in the world.

Raheem Sterling is the player who has evolved the most under Pep Guardiola. When he was signed from Liverpool, Raheem was a fast winger and with certain mischief who did not get to stand out in practically anything. However, in recent years he has proven to be not only one of the best Englishmen today but also a world-class player.

Sadio Mané is one of the Best Left-Wingers in the football world right after Neymar Jr.. The Senegalese player has been proving for years why Liverpool FC paid what they paid for him. Since he has been a key player in the national and continental successes of the Red team.

His great talent and verticality have allowed him to be one of the most decisive players in the attack of Jürgen Klopp’s team. Such has been his impact and his good work, that in recent years he has been on the podium of the Ballon d’Or, and in certain stages, he has been considered one of the favorites to win it permanently.

Neymar Jr. is the best left-winger in the football world as of 2021. Few things can be added to Neymar Jr.’s lofty career that the world no longer knows too well. For many, one of the greatest talents of our time, for others, is an overrated player and swimming pool. However, what is clear is that he is a player that any team in the world would like to have in their ranks.

The Dodge and playfulness of Neymar are unique in their style. This, under the influence of one of the best players in the history of FC Barcelona, Ronaldinho Gaucho. However, dribbling and speed is not the only thing that Neymar tried to emulate of his idol, but also the punch. Currently, Neymar is one of the top scorers of his team, PSG and the goals he scores are worthy of admiration.