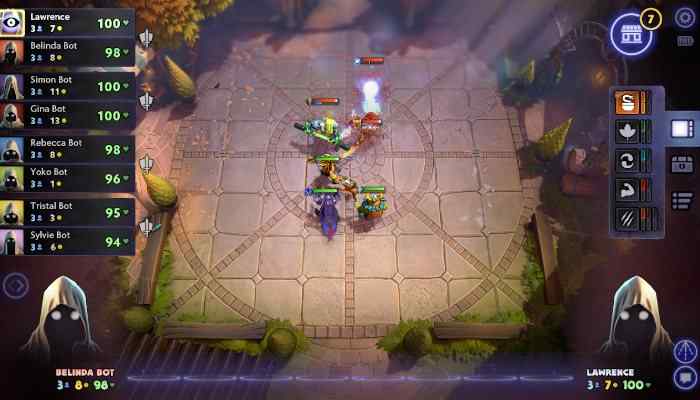 We currently have a wide variety of game styles ranging from MOBAs to strategy games, card battles, and auto chess. Multiplayer PvP games have followed a trend among gamers who prefer to have fun playing with friends or other players online. In all these titles, you will have the opportunity to challenge your friends or strangers online to see who is the best in multiplayer battles. Check out!

10 Best Multiplayer PvP Games for Android to Play in 2021

Dota Underlords is a fun Auto Chess-style multiplayer Android PvP game derived from Dota 2. Here, your mission will be to collect characters to form a powerful team and duel against other players online. The focus of the game is to combine characters until reaching 3 stars and create alliances with other characters of the same element to unlock extra abilities. The player who has a combination of luck and the best strategy against opponents wins.

Hearthstone is considered by many to be the biggest and best online collectible card dueling game available on multiple platforms like smartphones and PC. In this PvP game, your objective will be to collect cards and build powerful strategic decks based on characters from the Warcraft universe to duel against your opponents online. In addition to cross-platform online multiplayer, allowing you to play both on PC and mobile, you’ll also be able to play solo matches.

Clash Royale is without a doubt one of the biggest multiplayer online PvP games ever released for Android. Developed by Supercell, the same as hits like Clash of Clans, Boom Beach, and Hay Day, this is a tower combat game in which you’ll have to fight one-on-one against online opponents to bring down their towers. To do so, you’ll need to collect the best combination of characters to form a powerful strategic deck that exploits your opponent’s main weaknesses.

Brawl Stars is also a strategic multiplayer PvP game developed by Supercell. In this game, you’ll be able to fight battles with your friends either in 3×3/2×2 matches or in all against all matches in which only one player is left alive. It is possible to unlock and collect the most different and powerful Brawlers, as well as improve them throughout the game. The game also features several special events and the possibility to turn you into an e-sports player with the game’s qualifiers.

Dead by Daylight Mobile is an all-on-one multiplayer online game. Yes, in this game, four players compete against one player. To keep things even more balanced, the solo player is a hunting monster with supernatural superpowers. So, killing him, even in a group, is not an easy task. Added to that, we have a whole fun and scary atmosphere of horror. This game is a mobile adaptation of one of the most popular 4×1 survival horror game franchises for the PC, with over 20 million players.

Gwent is long awaited by fans of The Witcher card game franchise present within the series. So, if you already know, this mobile game works the same way. Here, you’ll have to collect cards and build powerful decks to duel within the game’s unique rules. So, if you’re a fan of The Witcher series, you’ll love this spin-off turned into a solid card game for Android phones.

Teamfight Tactics is the strategic PvP game of automatic battles created by the same developers as League of Legends. In this strategic multiplayer online game, you’ll have to add pieces to the board so that they enter the battlefield and fight automatically until the winner is defined. Throughout the game, players improve their pieces and add new ones. Evidently, these “pieces” are the iconic characters of the LOL franchise, the champions. The game is also cross-platform, allowing interaction between PC and cell phone.

Legends of Runeterra is another game set in the world of League of Legends. In this multiplayer online PvP for Android, you’ll play in a fun card dueling game officially developed by Riot Games. In it, you’ll have to choose your favorite Champions and combine cards from different regions to create your powerful deck. Of course, these “Champions” are the same ones you find on LOL, plus new characters from the world of Runeterra. If you like Hearthstone-type games, you will also love this title.

Download the Legends of Runeterra game from Google Play here >>

RWBY: Amity Arena is a strategy game based on the RWBY universe. In this game, you’ll have to choose your favorite hero, build an unbeatable deck of cards and play matches against other players online. It is possible to unlock new arenas and locations in Remnant, as well as participate in real-time strategic PvP duels to gain control of the arena.

Onmyoji Arena, developed by NetEase Games, is currently one of the most successful mobile MOBAS today. Others who follow suit and share the lead are Vainglory and Arena of Valor. In online multiplayer, you’ll be able to participate in balanced 5×5 battles, as well as adventure in Battle Royale mode that includes 3x3x3, 9 players matches.