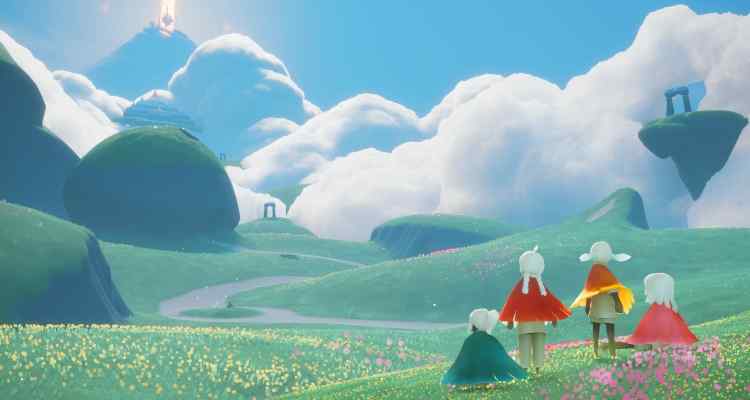 If you’re looking for the Best Open World games for Android in 2021, check out the list of Top 10 open-world games available on Google Play. Everyone must have played an open-world game in which you spend several hours entertained on missions to explore the environment and customize characters. Popular on PC, today you can also find good titles of the genre available for mobile, check out:

Sky – Children of Light is a relaxing and award-winning open-world exploration game for Android. In it, your mission is to fly and explore 7 magical realms full of mysteries. You can meet and socialize with players from all over the world, as well as customize your character in various ways. In this game, the game world is constantly expanding with various seasonal events.

Download the open-world game for Android, Sky – Children of Light >>

GTA: San Andreas is the greatest example of a good open-world game. Initially released for PC, the classic ROCKSTAR GAMES game has been given a graphics-enhanced version for Android phones. In it, you can explore a gigantic open world on your cell phone screen that covers the state of San Andreas and the three iconic fictional cities: Los Santos, San Fierro, and Las Venturas.

MadOut2 BigCityOnline is an open world game that makes a crazy mix between GTA and Needs for Speed. In this racing game, you will be able to explore a gigantic territory with 10 km². There are more than 40 different car types for you to customize the appearance. MadOut2 has several different missions plus a fun online mode for up to 100 players on the map.

Off The Road is another open world game for Android with a car driving theme. Here, in addition to cars and trucks, you’ll be able to control the most diverse types of vehicles, such as boats, helicopters, and planes. All this while exploring the most different environments overcoming challenges to earn game money, improve your vehicles and make them even more stylish.

Download the open-world game for Android, Off The Road >>

The second Galaxy is a beautiful open world space exploration game for Android. It has a gigantic space science fiction world simulating 4961 galaxies for you to visit. And to explore this vast universe, you’ll be able to control the most different types of spaceships, there are more than 150 unlockable ships. Anyone who likes Sci-Fi RPG games will love this title.

Dragon Raja is a beautiful open world RPG game for Android phones. It was created with Unreal Engine 4, bringing PC-worthy next-gen graphics to your mobile. In it, you’ll be able to choose one of four different classes and create your favorite character fully customizable and then explore a huge world. Interacting and battling with your friends in real-time PvP.

Morphite is an adventure and exploration game with Low-Poly graphics for Android phones. In this game, your mission will be to explore alien worlds to acquire resources and fight against different types of unknown creatures. You’ll be able to pilot vehicles, as well as improve your clothes and weapons. The game also features real-time space combat.

Six-Guns: Clash of the Gangs is an open world game for Android based on the Wild West. In this game, in addition to exploring the Wild West, you’ll have to solve mysteries while facing bandits and even supernatural enemies, such as vampires, demons, werewolves, and more. It is possible to unlock eight different horses, 19 weapons, and various costumes to help you on your journey.

Download the open-world game for Android, Six-Guns: Clash of the Gangs >>

Goat Simulator is a hilarious simulation game in which you have to explore an open world doing crazy things while controlling a goat. Your mission is to strike terror into the city by destroying everything that comes your way, doing as much damage as possible. The coolest thing is to reveal the most hilarious bugs in the game by getting the most impossible physics results.

Dawn of Isles is a multiplayer RPG exploration game for Android. In it, you explore a huge island, collecting resources to build, produce and sell products, plant and harvest. It is possible to have exotic pets, as well as choose from a real arsenal of weapons to challenge your enemies and engage in the most challenging combats.

Download the open-world game for Android, Dawn of Isles >>