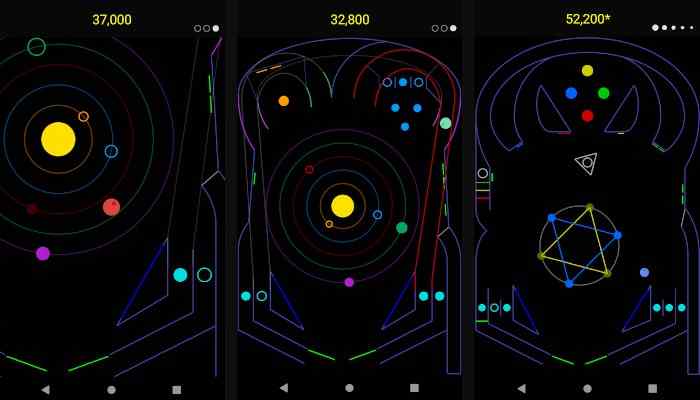 Looking for the best pinball games for Android in 2021? Then your search is over! In this list, we have gathered the best pinball games available on Google Play for you to kill the nostalgia for this classic arcade game. While it’s difficult to simulate the random physics of analog pinball, mobile games still manage to spark nostalgia within arcade fans. Check out!

5 Best Pinball Games for Android to Play in 2021

Pinball Arcade is a pinball simulator for Android that features over 90 real-world machines. The game faithfully reproduces the graphics of the pinball tables, yet brings good physics in the movement of the balls. After downloading the game, developers release up to five tables for free monthly. So, over time, you have access to the most diverse pinball tables without paying anything. The game is free, but you can purchase tables and other content within the game.

Pinball Deluxe: Reloaded is a retro pinball game for mobile with customizable tables. It features 9 different pinball tables (Space Frontier, Brix, Carnival, Wild West, Treasure Hunter, Fastball, Bagaball, The Apparatus, and Tradewinds) with unique game modes. The game’s physics are efficient and the graphics are well worked. You can use mods to customize your table according to your skills to get more advantages in the game. The game also offers an online multiplayer mode.

The pinOut is one of the most futuristic modern pinball games released for Android. Unlike traditional pinball games, this is an infinite running game with pinball mechanics. This way, when you throw a ball, it has to be continually hit forward to continue the game. The game is free and ad-free, which is rare. Optionally, with a one-time in-app purchase ($8.99), you can purchase the ability to continue the game from save points.

Vector Pinball is an entirely free open-source pinball game for Android phones. Unlike other games, instead of more complex graphics, it focuses more on an accurate physics simulation and gameplay. That is, its minimalist interface made up of colored lines and black background is more than enough if your focus is purely on gameplay. The coolest thing is that because it’s open-source, it allows you to edit and make your own derived version. It’s entirely free with no in-app purchases, ads, or even permissions to install.

Space Pinball is a mobile pinball game that will delight fans of classic PC pinball games. Its gameplay is also very simple: throw the ball on the game table and bounce it with the picks continuously to keep it in play and reach the highest possible score. Certainly, when compared to its direct competitors, this is not one of the most complex games ever released for Android. Still, it’s a fun and nostalgic pastime!

This is our list of the best pinball games for Android. But you can also nominate your favorite mobile arcade pinball games in our reviews!