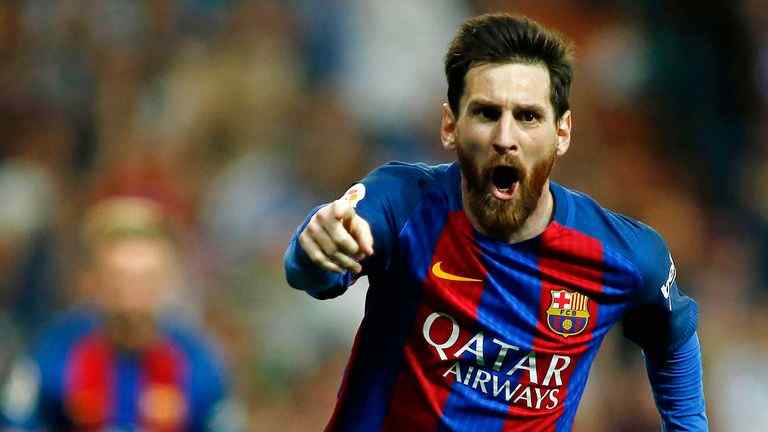 Best Right-Wingers in the World

The Right Wingers are players who have evolved masterfully in recent years. In general, they have gone from being isolated players on the wings and focused on offensive and vertical play to being associative players and playmakers. Currently, ten players stand out from the rest not only for their characteristics and their verticality but also for their good heads when making decisions and breaking lines. For this reason, we have prepared a ranking in which we will highlight the good present of what are, for us, the best 10 right-wingers in the world in 2021.

This, in part, is thanks to the irruption of schemes that reward participation and the creation of the game by the bands. For this reason, more and more players with this profile are standing out not only in the great European teams but also in more modest projects that seek to excel.

10 Best Right-Wingers of All-Time in the Football World

Ferrán Torres is a player who has exceptionally broken into the Premier League. The Valencia CF youth squad left the Che team under very bad terms, so Manchester City took the opportunity to catch one of the most promising right-wingers in Spanish football.

Since his arrival, he has participated with 4 goals and 2 assists in 10 games. Of these, 3 goals have been in the UEFA Champions League, which shows his ability to stand out at the big events despite his precociousness.

However, his good moment has not only allowed him to stand out at the club level but also at the national level. In recent months he has been a fixture in Luis Enrique’s team and has managed to stand out with wonderful performances such as his recent hat-trick against Germany in the Nations League.

Cristian Portugués “Portu” is a player who has evolved exceptionally in recent years. At 28, Portu has managed to stand out in one of the best teams in LaLiga, Real Sociedad. Currently, he is a key piece in the team of Imanol Alguacil that retains the top of LaLiga in this 2020/2021 league start.

His contribution to the good time of the Basque team has been very important, since, in addition to being one of the best in his position, he is a tireless worker. For all this, despite his high age, Portu could be considered one of the best Spaniards of the moment and one of the best players in all of LaLiga.

Lucas Ocampos has found his place in the world in Seville. The Argentine player had already been in Europe for many years since his debut in his native Argentina, however, he had never reached a very high level as he does now.

In addition to being a key player in the UEFA Europa League for Sevilla FC, it is also a fixture in the national team. All this at the age of 26, having a lot of future ahead of him. Currently, he lives a somewhat complicated present at Sevilla, coupled with the poor level of the Seville team. However, he has earned himself to be considered one of the best in his position.

Jadon Sancho will be one of the most sought-after players in the not too distant future, of this there is no doubt. The English winger has been the exception to the unwritten rule that the British do not perform well outside the islands. This, at the tender age of 20.

His contribution to the Borussia Dortmund game is one of a kind. He is a fast, vertical, associative player with very good decision-making. Again, having a more than exceptional level at such a young age.

Bernardo Silva is a versatile, talented player with a great future ahead of him. Despite being 26 years old, his good footing and excellent vision of the game suggest that in the future he could join other areas of the pitch and continue to perform at an incredible level.

With his team, he has already been champion of the Premier League being a key piece in the two-time Sky Blue championship. However, he was inexplicably losing prominence in Pep Guardiola’s system last season. Luckily for him, little by little he has been joining the dynamics again showing all the talent he has.

The Algerian player, Riyad Mahrez, has been one of the best players in his position for years despite the lack of confidence from his coach. In addition to being key to Manchester City’s league success, Mahrez was instrumental in the epic 2015/2016 season in which he was proclaimed Premier League champion with Leicester City.

Since that time, he has remained in the world soccer elite at both club and national levels. Being, without a doubt, is the best player in his entire country and one of those directly responsible for the achievement of the 2019 Africa Cup.

Serge Gnabry is one of the players who took the world by storm last season. Obviously, fans of the Bundesliga and German football had already been warning of the good level of the Bayern München winger. However, his excellent UEFA Champions League has catapulted him to world star status. This, in part, thanks to his goalscoring contribution and in the creation of his team’s game.

Ángel Di María is a player who goes through a second youth since his arrival at Paris Saint-Germain. The talented Argentine winger already knows what it’s like to play (and win) a Champions League playing at a great level.

For this reason, the recent success in qualifying PSG to a Champions League final for the first time in its history is, in part, the Argentine’s merit. His scoring contribution and verticality are as fresh as ever, and this start of the season seems to invite us to think that it will continue like this for many years.

Mohamed Salah is one of the best players in the world today, there is no doubt about that. His excellent level has allowed him to be a key player in the recent successes of his club, Liverpool FC that makes him one of the best Right-Wingers in the Football World right after Lionel Messi.

The Egyptian has been one of the great examples of the evolution of extremes in modern times. His association with forwards and his mental ability to fall behind and seek space has allowed him to be compared to one of the best players in history, Lio Messi. Since, in addition to being left-handed, his ability to understand the game is almost innate.

As of 2021, Lionel Messi is undoubtedly the Best Right-Winger in the Football World. Lionel Messi is the player who, in our view, continues to retain the crown as the best player in his position.

It is not only about the number of goals scored by the Argentine ’10’, but the overflow and play that it generates in an attack. If we consider him the best in the world, it goes without saying that in his natural position he is too.

Despite not being a pure right-winger, the band in which Messi feels most comfortable and liberated on the right. In this way, he has the ability to associate with virtually all of his teammates when taking central positions on the field. He is the perfect example of the modern winger, a fast, deadly player with a lot of dribbling and brains.