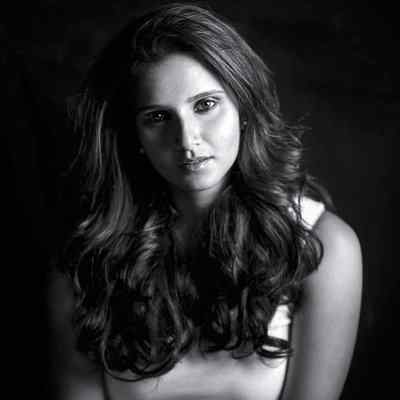 Incredible India is full of talent as there are several women alongside men who participate and make their country proud by winning several awards and medals in various sports. Where women engraved their names in the history of the sport there are some female athletes who are not only known for their spectacular skills but also for their beauty and hotness. Today, we bring the list of Top 10 Hottest & Sexiest Indian Sports Women in the World.

Indian sportswomen are not just exceptional athletes who are capable of competing with the world’s best, but they are sensational hot whom we might easily confuse to be supermodels. These Top 10 Hottest Indian Sports Women of 2021 are a killer combo of looks and talent. Combining stunning performances with beauty, they are determined to prove that talent and looks are a killer combination.

Professional tennis player of Indian ancestry and former Indian No. 1. Shikha Uberoi began playing tennis at the age of six. In singles, she has a career-high ranking of 122. Although she has yet to win a WTA Tour match, she possesses the considerable potential to improve her best.

Sonika Kaliraman is an Indian wrestler. She is the daughter of former wrestler Late Master Chandgi Ram. She was a member of India’s squad at the Doha Asian Games. She was a contestant on Fear Factor: Khatron Ke Khiladi (season 2) and Bigg Boss (season 5).

Sunitha Rao was born and raised in Jersey City, New Jersey. She has earned numerous aces for her beauty and the tennis she has played thus far. She represented India at the 2008 Summer Olympics and the Fed Cup, and the United States on all other occasions. On the ITF Women’s Circuit, she has won eight career titles. When the 5’7 Rao walks onto the tennis court, the temperature rises.

Pratima Singh – is a member of the Singh Sisters, a family of Indian basketball players (Priyanka Singh, Divya Singh, Prashanti Singh, Akanksha Singh). In 2003, she began playing basketball in Uttar Pradesh. She won numerous ‘Best Player’ awards and was well-known for her style and chutzpah. She was nominated as the second Most Glamorous Sports Women in an open online poll and represented her country with a gold medal at the inaugural FIBA Asia basketball championship.

The Indo-French professional golfer from Bangalore, India, is ranked sixth among the list of Sexiest Indian Sports Women. While Sharmila could easily be mistaken for a supermodel, she prefers to be known as a talented golfer. Naturally, she has the laurels to back up her claim. In 2012, she won the Hero-KGA tournament. At the 2011 Hero Honda Women’s Indian Open, she finished as the top Indian golfer in a tie for 22nd place. On the Women’s Golf Association of India, she has a total of 11 victories.

Prachi has her own style and sensibility – both on and off the court. She captained India’s national netball team during the 2010 Commonwealth Games. The Times of India dubbed her “Queen of Court” and The Indian Express dubbed her “Lass of the Rings.” Prachi has competed at the professional level in both basketball and netball and has won numerous medals throughout her active sporting career (more than 11 years).

The chess master is currently ranked third among the Hottest Indian Sports Women. Tania Sachdev is the ideal combination of beauty and intelligence. She has earned the International Master and Woman Grandmaster titles. When she was only eight years old, the chess prodigy won her first international title. In November 2014, she married Viraj Kataria, a Delhi-based architect.

If you’re familiar with badminton, you’re familiar with Jwala. She is an Indian left-handed international badminton player. She is the best player in the country, having won the National Badminton Championships fourteen times between 2003 and 2013. With her successful career and outspoken personality, she is one of the few female athletes in the country who is well-known. She has been named several times as one of India’s most inspirational sportswomen. She is the Icon player for the Indian Badminton League’s Krrish Delhi Smashers franchise.

Sania Mirza is undoubtedly the Hottest & Sexiest Indian Sports Women of all time. She has long been hailed as the embodiment of Indian women’s athleticism. She may have broken hearts when she married Shoaib Malik, but she has maintained her unique style. She appears on numerous lists of the world’s sexiest tennis players. She began tennis at the age of six. Throughout her career, she has positioned herself as one of India’s highest-paid and most-publicized athletes.

Mirza was named one of Time magazine’s ’50 Asian heroes’ in October 2005. Mirza was named to the Economic Times’ list of “33 women who made India proud” in March 2010. She is India’s highest-ranked female player, with a career-high singles ranking of 27 and a doubles ranking of 5. Mirza has notable victories over Svetlana Kuznetsova, Vera Zvonareva, and Marion Bartoli, as well as former World No. 1s Martina Hingis, Dinara Safina, and Victoria Azarenka during her career.