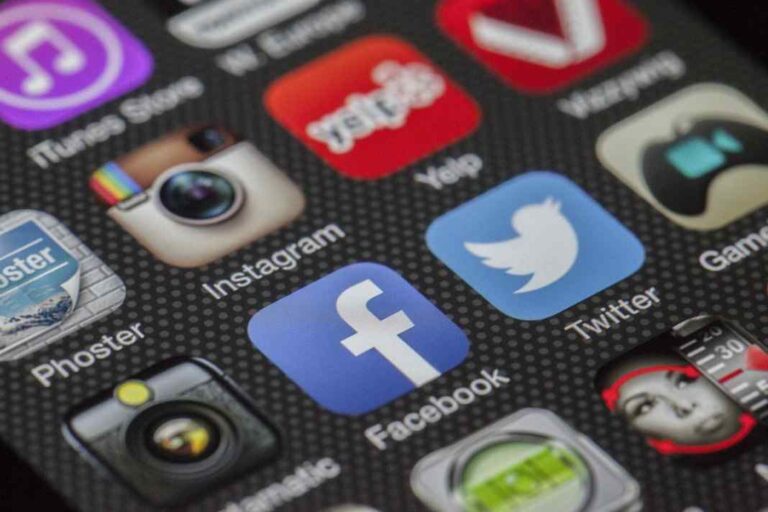 Social networks are a very useful tool to communicate and get all kinds of information. However, many users use it so excessively that it has seriously harmed their mental health. Here we review mental illnesses and conduct disorders related to excessive use of Instagram, TikTok, Facebook, Twitter, and other social networks.

And it is that according to the Digital 2021 report prepared by Hootsuite and We Are Social, the typical user of social networks spends an average of 2 hours and 25 minutes connected daily. This equates to approximately 24 hours awake each week. The addiction that for many people to remain connected and attentive to platforms such as Instagram or Facebook, is registering important mental disorders such as anxiety or depression, or others such as the so-called selfie syndrome or narcissism. We review some of them.

FOMO, an acronym for Fear of Missing Out, better known as the fear of missing something, is one of the mental disorders that emerged with the rise of social networks. Psychologists and psychiatrists around the world have classified it as a very serious problem, which can lead to quite serious depressive behaviors.

As the word itself indicates, this fear of missing something means that the person has to be permanently connected to social networks to find out about all the updates that occur. To the point that it needs to continuously remain “glued” to the mobile. These people fear missing any Twitter likes, comments, videos, or trending topics. They even think that if they do not respond immediately they will miss important topics and will be excluded from the conversation. The level of anxiety is so high that they end up really addicted to their terminal and with problems in their daily life, in their personal relationships and in their work.

Many users, especially teenagers, have ended up suffering from what is called Body Dysmorphic Disorder due to the use of social networks.

Having to constantly upload photos with a perfect image, and always comparing oneself with others, has caused many to end up having serious complexes about some parts of their body.

They obsess over minor flaws, which even go unnoticed by anyone else. You can identify if you have this disorder if:

You review or correct your physical appearance. People with body dysmorphic disorder continually fixate on their physique, asking others how they see them or fixing what they dislike many times a day.

You try not to be seen: Some people with this disorder feel so bad that they hide at home so that no one can see them. Also when they go out they always try to camouflage themselves in some way to go unnoticed, with hats and glasses, a lot of makeup. They also avoid looking in the mirror to avoid distress.

Your physique causes you anxiety: People with this disorder are stressed all day and upset with their physical appearance.

That constant need to be perfect in the photos to upload to social networks has caused problems of anorexia and bulimia. These are two eating disorders, which involve an exacerbated fear of gaining weight or gaining weight.

In this way, people with anorexia do not want to eat or eat very little, constantly monitoring the calories they eat. Always with anxiety and depression behaviors if they do not achieve their goal. While people with bulimia binge on food, then vomit everything they have eaten.

Narcissistic personality disorder, better known as narcissism, causes the person suffering from it to have an urgent need for attention and admiration, in addition to a lack of empathy for others.

However, behind this security mask, there are quite important self-esteem problems. The truth is that the use of social networks has also caused this problem to occur, which can lead to anxiety and depression.

Constantly uploading selfies with the aim of getting a lot of interaction and liking you, has caused a new disorder, better known as the selfie syndrome. In a study published by the International Journal of Mental Health and Addiction, it is mentioned that this action is repeated constantly and exaggerated.

It’s about making up for a lack of self-esteem and filling an emotional void. In acute and chronic cases, there is talk of an upload of selfies to social networks of between 3 to 6 a day.

How could it be otherwise, being permanently connected to social networks causes anxiety, and, in many cases, depression. This need to be commenting, sharing, and looking, causes the individual to be looking at his mobile all the time and not paying attention to important things in his daily life, personal life, and work.

This situation, which can worsen over time, ends up leading to a series of emotional and social deficiencies that can lead to severe depression. As we can see, misuse of social networks can lead to serious mental health problems. The key is to use them with balance and not obsess.