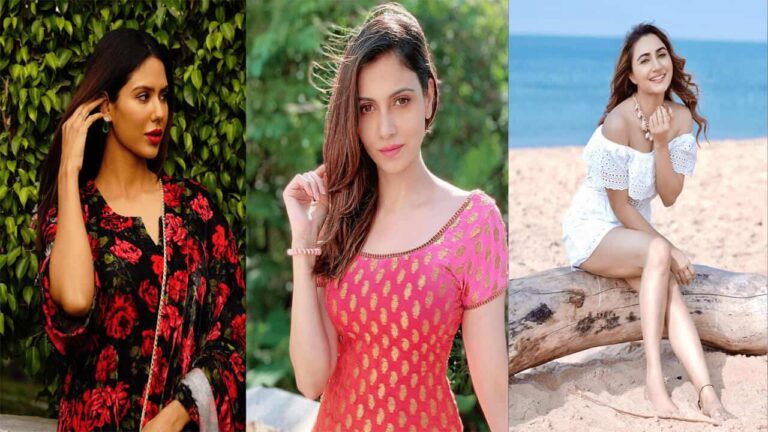 Their natural beauty and classic fashion sense make them enticing and lovely. Punjabi actresses are such perfect representations of it in films and songs. Additionally, one of the primary reasons for Punjabi cinema’s popularity is due to its bold and beautiful actresses. Today, we’re going to take a look at the top ten most stunning Punjabi actresses of the modern era. This list is ranked according to its attractiveness, popularity, and success.

10 Most Beautiful & Hottest Punjabi Actresses in 2022

Oshin Sai is one of the Punjabi film industry’s most promising young actresses. She began her career as a model and made her film debut in Punjabi cinema with 2015’s “Mukhtiar Chadha,” in which she starred alongside Punjabi superstar Diljit Dosanjh.

Oshin Sai is one of Punjab’s most talented and beautiful actresses. She has amassed considerable celebrity and notoriety as a result of her exceptional acting ability and physical beauty in films. Due to her bold and beautiful personality, she has amassed a sizable following on social media.

Ginni Kapoor is the next actress on this list. She is adorable, lovely, and endowed with exceptional acting abilities. She began her career in Punjabi cinema by starring in Punjabi music videos.

Ginni Kapoor has a stunning dimple on her face, which has earned her the moniker “Dimple Girl” in the Punjabi film industry. She gained widespread popularity among viewers following the release of her Punjabi music video, Black Suit. Following that, she appeared in a slew of other Punjabi songs, which helped her gain enormous popularity.

Aman Hundal is ranked eighth among Punjab’s top ten most beautiful actresses. She was born in a Sikh family in Punjab on 16th July 1993. She is well-known throughout Punjabi cinema for her outstanding performances in a variety of Punjabi films and music videos.

Aman Hundal made her debut in 2014 with the Punjabi music video “Tera Time,” for which she received critical acclaim for her acting ability. After nearly two years, she finally made her debut in the Punjabi film Dulla Bhatti in 2016. She is well-known for her outstanding performance in her feature film debut.

The next actress on our list is Navneet Kaur Dhillon, a former Miss World contestant. She is another of Punjabi cinema’s finest and most beautiful actresses. She began her career in Punjabi cinema with the 2016 film Loveshhuda.

Looking back on her career highlights, she was crowned Femina Miss World India 2013 in the Pond’s 50th year. She is brimming with talent and beauty, as well as exceptional acting abilities. She has gained enormous popularity among viewers due to her outstanding performances in both of her debut films.

Sara Gurpal, a multi-talented individual, is ranked sixth. She is a model, actress, and singer who has achieved enormous success and recognition in the Punjabi film industry. She was born in Punjab on 19 November 1991 and completed her education there. She made her film debut with Ranjit Bawa’s song, Jean, which became a super-hit. That marked the beginning of her acting career. Since then, she has appeared in a slew of chart-topping Punjabi songs.

Sara made her acting debut in 2017 with the Punjabi film ManjeBistre. Additionally, she released her first song, ‘LagdiAtt,’ in 2016. She is extremely popular among Punjabi viewers and has a sizable social media following. With a promising career ahead of her, she will be one of the most admired and beautiful Punjabi actresses.

Ihana Dhillion is another of Punjabi cinema’s most stunning actresses. She was born on 18 August 1989 in Punjab to a Sikh family. She completed her education up to graduation in Punjab and later moved to the United States of America to pursue a postgraduate degree in hotel management. Later in life, she began a modeling career and made her film debut in 2013 with the Punjabi film “Daddy Cool Munde Fool.”

She appeared in a supporting role in a number of Punjabi films. Following years of struggle, she landed a lead role in films such as Thug Life and Tiger. In 2018, she made her Bollywood debut with the blockbuster film Hate Story 4. She has established a strong name and reputation for herself in Punjabi cinema as well as Bollywood, owing to her exceptional acting ability. As one of the most stunning Punjabi actresses, she has a sizable fan following and support.

Another stunning Punjabi actress appears in Hindi television serials. Although Sargun had never expressed an interest in working in the entertainment industry, she was chosen for the TV serial “12/24 Karol Bagh” in 2009 following an audition in Delhi. Later in her career, she worked on a variety of other daily soap operas that achieved enormous popularity with viewers.

In 2015, she made her Punjabi film debut with the film Angrej. Following that, she appeared on Nach Baliye with her husband Ravi Dubey, where she competed against other contestants for an extended period of time and received tremendous support. She is polite, beautiful, and possesses the exceptional acting ability, which earns her the fourth spot on our list.

Surveen Chawla is undoubtedly one of the sexiest actresses in contemporary Indian cinema. She is stunning and brimming with talent, as she possesses exceptional acting abilities and gives her all in every role she takes on. She began her career in the entertainment industry with a television soap opera and worked her way up to feature films.

Surveen made her film debut in 2008 with the Kannada film “ParameshaPanwala.” Later in 2011, she transitioned to Punjabi films with the release of “Dharti.” Following that, she had back-to-back hits in Punjabi films. She has received a positive response following the release of several films and web series, including Hate Story 2, 24 (Season 2), and Sacred Games.

Sonam Kaur Bajwa is one of India’s most beautiful and sexiest models, as well as a stunning Punjabi actress. During her early years, she worked as an Air Hostess. Later in life, she began her career as a model and competed in Femina Miss India. She made her debut in Punjabi cinema in 2013 with the film “Best of Luck.”

Sonam was also a part of the award-winning film “Punjab 1984,” which received a positive response from the audience. She was even nominated for the PTC Punjabi Cinema Awards’ best actress category. She starred in a number of popular films, which resulted in her amassing a sizable fan base on social media.

Himanshi Khurana is without a doubt the most stunning and seductive actress in Punjabi cinema. She is in high demand for Punjabi music videos these days. She began her acting career in 2010 with a role in the Punjabi music video Jodi-Big Day Party. In 2011, she has crowned Miss Ludhiana, which gave her career a significant boost.

She later made her debut in Punjabi cinema with the Punjabi blockbuster “SaddaHaq.” This elicited a positive response from the audience and aided in her career advancement. She recently appeared on one of India’s most popular reality shows, Big Boss. She is currently ranked among the most beautiful Indian women.