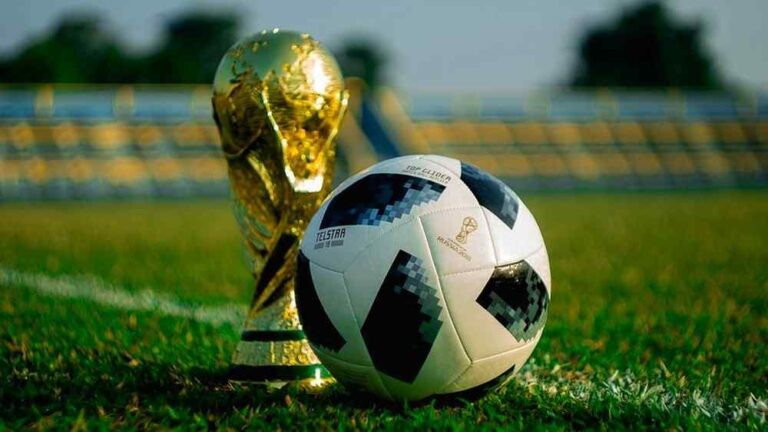 Sports and games have a long and illustrious history while some of the oldest sports are still practiced in some form or another. The number of supporters throughout the world is one of the most important criteria in determining the popularity of sports. A popular sport would undoubtedly attract more fans and followers from all around the world.

The following are some of the strategies we utilized in assessing these world-famous sports:

The fact that it has the most professional leagues in the world is the second most important factor for its top ranking. More than 7.7 million people came to Russia to watch the FIFA World Cup 2018. This massive number outnumbers any other sporting event in the world cup. The forthcoming World Cup in football in 2022 will reveal the true number of fans worldwide. This is expected to be the world’s largest sporting event ever.

Basketball is the world’s second most popular sport, with over 2.7 billion fans worldwide. Because fan support is the most important factor in rating popular sports, basketball has surpassed cricket for second place.

Basketball is more popular in the United States, Canada, Europe, and a variety of other countries. There are more than 100 leagues around the world dedicated to the game. Basketball boasts some of the world’s wealthiest athletes. It implies that this popular sport pays well.

Cricket is the world’s third most popular sport, with over 2.6 billion supporters worldwide. In Asia, South Africa, and Australia, cricket is mostly played and watched. Cricket is played, watched, and enjoyed by a great number of people in these areas. Cricket, unlike football, is primarily played in series. However, in the previous decade, several changes have been made, and numerous popular cricket leagues have been formed, increasing its appeal.

Popular Leagues:  US Open, Davis CupTennis is the world’s fourth most popular sport, with over 1.5 billion fans. There are around 50 professional tennis leagues worldwide, with numerous mega-events. This is a unique sport in which just one or two team members compete. More than 1.5 billion people watch mega-events and significant rivalry matches.

With over 900 million fans worldwide, boxing is the fifth most popular sport on the planet. Another famous and powerful aspect of boxing that has contributed to its popularity is the players’ individual riches and net worth. Some boxers are among the world’s wealthiest athletes. People all across the world, particularly in the United States, Mexico, and Japan, enjoy and watch boxing.

Rugby is the world’s seventh most popular sport, with 500 million fans worldwide. Rugby is one of the oldest sports in the world, and it is being played today, albeit with significant changes. The Olympic Games have increased Rugby’s fan base to 500 million people. Rugby has more than 20 leagues around the world, but it is one of the most popular sports in the world thanks to the Olympic games and the World Cup.

Baseball is the world’s 9th most popular sport, with over 480 million fans. In the United States, Mexico, and Cuba, the sport is increasingly popular. It is also popular in several other nations. Baseball, like cricket, is a bat-and-ball sport, but the regulations are very different.

Golf is the world’s 10th most popular sport, with more than 450 million fans worldwide. In the United States and New Zealand, golf is more popular. It is home to some of the world’s wealthiest athletes, including Tiger Woods. Prominent Players’ names are based on the number of social media admirers they have.