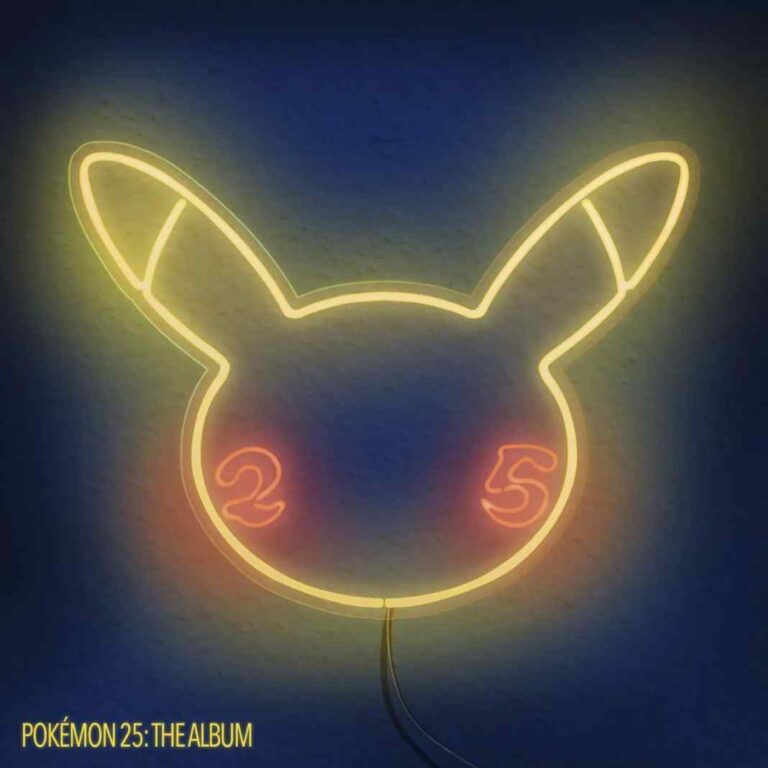 Pokemon 25 the Music Album will be released on October 15 by Capitol Records as part of the huge year-long music campaign being carried out by The Pokémon Company International in collaboration with Universal Music Group.

As you know, the 25th-anniversary celebration started with Post Malone’s song “ Only Wanna Be with You (Pokémon 25 Version) ”, a surprise version of the 90s hit Hootie and the Blowfish, which was performed during an organized virtual concert. on the Pokemon show P25 Music in February 2021.

In addition, pop icon Katy Perry presented her new creation “ Electric”, A whole hymn and the main theme of the album. In August, the music continued with new songs by Vince Staples (“Got ‘Em”), Cyn (“Wonderful”), and Mabel (“Take It Home”), collected on The Red EP, along with ” Game Girl ” by Louane. Those who pre-order the digital album will instantly receive these six songs.

The compilation will also include new songs by J Balvin, Lil Yachty, Jax Jones with Sinead Harnett, Yaffle (Japanese artist and producer based in Tokyo), and Tierra Whack, as well as alternative versions of ZHU’s songs from The Red EP, which were included in The Blue EP, released last month.

On the subject of collaborating with Pokémon and being one of the last artists to announce a song for this album, Lil Yachty says, “I’ve always been a huge Pokemon fan, so I joined as soon as the opportunity arose to be a part of it. album. I love the song I’ve done called ‘Believing’ and I hope it inspires my fans to pursue their dreams. ”

Below, you can check out the full list of songs included in the album, which has been unveiled with the launch of the early bird.

“P25 Music has been an incredible journey that has allowed us to collaborate with a multitude of fantastic musicians who have helped us celebrate 25 years of Pokémon,” said Colin Palmer, Vice President of Marketing at The Pokémon Company International. “With the release of Pokémon 25: The Album approaching and the culmination of this year of adventures approaching, we can’t wait for Lil Yachty, Tierra Whack, and Jax Jones to join the party and add their unique sounds and sounds to this commemorative compilation. their new versions of themes inspired by Pokémon “.