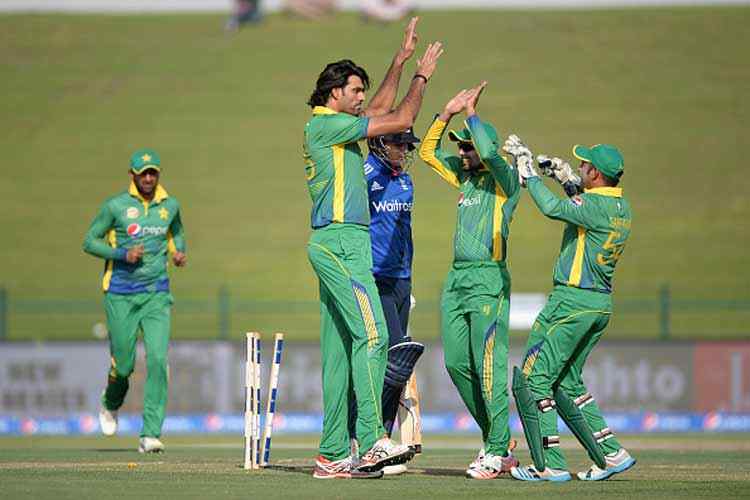 Tallest Cricketers in the World

Cricket is one of those games that necessitates an enormous amount of mental fortitude and ability. As a player, it is always about staying ahead of the competition and making the best use of the circumstances. While a player’s stature is unlikely to have a significant effect on performance, being tall does have its advantages. When we examine the history of cricket, we discover that the majority of the tallest cricketers were bowlers. The bowlers gain extra bounce as a result of their increased height, which enables them to intimidate batsmen and dismiss them. The following is a list of the World’s Top Ten Tallest Cricketers of all Time.

Shaheen Shah Afridi was born on 6 April 2000. He is a Pakistani professional cricketer who represents his country as a left-arm quick bowler. He made his international debut for Pakistan in April 2018 and made his Test match debut in December 2018.

In 2017, Afridi was described as a 6-foot-6-inch 17-year-old Pakistani with quick bowling ability who can bowl at speeds of up to 90 miles per hour and powerful hitting ability. He considers himself an all-rounder and strives to dominate in all three areas of the game: bowling, batting, and fielding. Due to his exceptional height of 6’6″, he is ranked 10th on the list of the World’s Top 10 Tallest Cricketers.

The right arm moves at a moderate pace. Aussie Tom Moody was born in Australia on 2 October 1965. He stood tall in terms of both stature and playing structure. Moody overcame insecurity against short bowling in the early stages of his career to develop into a batsman who sees his prime while hitting faultlessly through the covers and down the track.

He is the Sri Lankan cricket team’s cricket director. He has played for the Australian national team in both tests and one-day internationals. Moody is also the Sunrisers Hyderabad’s director of cricket (Indian Premier League). He is dubbed “Long Tom Moody” due to his colossal 6’7″ height.

Steven Finn was born in Watford on 4 April 1989. He is one of the tallest cricketers in the world and has represented England. He made his county debut for Middlesex at the age of sixteen, becoming the youngest player to do so. Finn has represented England in all three formats of the game. With an enormous height of 6’7″, he ranks eighth among the world’s tallest cricketers.

Sulieman Benn was born in Saint James, Barbados, on July 22, 1981. Benn is a capable left-arm orthodox spin bowler for the West Indies Cricket Team, standing at a towering 6’7″ in height. In 1999, one of the tallest cricketers in the world earned a place in the national team, and he has represented the West Indies in all three formats (Tests, ODIs, T20Is). The tall man takes over the seventh spot on the list of the world’s tallest cricketers.

Curtly Ambrose, the former West Indian legend pacer, was born on September 21st, 1963. In 2000, the former legendary cricketer and one of the world’s tallest cricketers retired. His magnificent height of 6’7″ was extremely effective at the time and posed a challenge for batsmen when he used to hold the ball in the inning’s first over. Additionally, he was nominated for the ICC Hall Of Fame.

Jason Holder is a quick right-arm West Indian fast bowler born in Barbados on 5 November 1991. Holder’s height of 6’7″ benefits the West Indies Cricket Team because it makes him an unpredictable bowler due to his atypical body height. He has been outstanding since making his international debut in 2013. He became the youngest player to captain the team in both Tests and ODIs.

Peter George was born in Adelaide, Australia on October 16, 1986. He is the only Australian cricketer to stand at an incredible 6’8″. He bowled fast right-arm and was well-known for his outstanding bouncers. He played for Australia exclusively in Test matches. The tall cricketer was a superb quick bowler.

Chris Tremlett, England’s tallest cricketer, stands at 6 feet 8 inches. He was born on September 2, 1981, in Southampton, England. He was not only an outstanding bowler, but also an outstanding batsman. Tremlett represented England in the 2011 ashes but was subsequently dropped from the national team due to his recurring injuries.

Joel Garner, alias Big Bird, was born on December 16, 1952 in Christ Church, Barbados. He was dubbed ‘Big Bird’ by the West Indian team due to his incredible height of 6’8″. Joel Garner was a former West Indies cricketer. He was a quick fast bowler who excelled for his national team in the early 1970s and 1980s. He was well-known for his lethal yorkers. Garner aided his team in lifting the 1979 World Cup championship trophy. Joel Garner was the Tallest Cricketer in the World until Pakistan’s fast bowler Mohammad Irfan debuted for Pakistan in 2013.