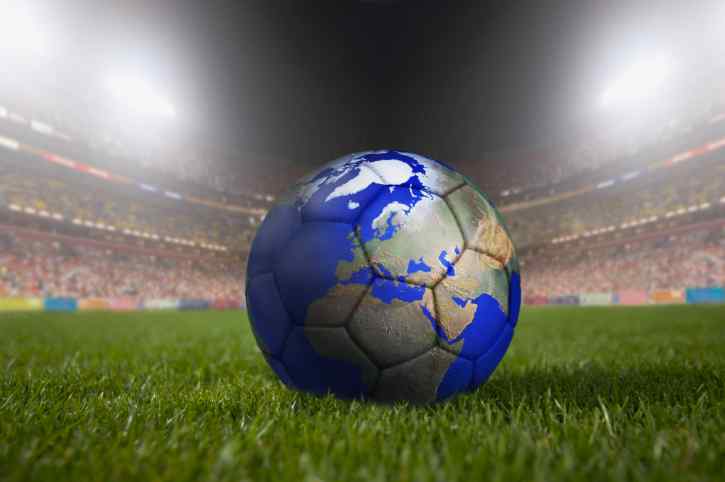 With football around Europe almost reaching its midway point, club directors and scouts are already looking to bolster their squad in the winter and summer transfer windows. They are assessing their squads and looking for where they can make impactful signings to help them push on to hit their targets. The January transfer market is usually mellow but still, expect some interesting deals during the window. Clubs trying to fight off relegation will be in the market with all eyes on them (newly-acquired Newcastle United in particular).

Most clubs like to save their business for the summer so the player can adapt better and it is usually the market where everyone loves to come out and play. Making use of filterable live stats as provided by Overlyzer, we take a look at some of the biggest moves that could happen in the next transfer windows.

According to renowned football journalist Fabrizio Romano, Dutch international Sven Botman is a target for the new Newcastle United hierarchy this January. A Saudi-led takeover has injected funds into the club, and they want to start spending to help new boss Eddie Howe stay up in the Premier League. The 6ft3 left-footed centre-back is a defensive star in the making, and it is no surprise that Newcastle have an eye on him.

Signed by transfer god Luis Campos to replace Arsenal’s Gabriel Magalhaes, he has been impressive alongside Jose Fonte. The pairing was a big reason for Lille’s title win last season as they conceded only 23 goals in Ligue 1. This season, Botman has stepped up from understudy to the main guy. He is always imperious in the air, winning 63% of his aerial duels and 72% of his ground duels. Speed might be a problem when he is dragged out of position, but he loves to step out of the defensive line and make a challenge.

Even though injuries have kept him out for a few matchdays, it is clear to see that the former Ajax youth graduate has taken a step up in his game. Botman is also a target for AC Milan who are without Viking leader Simon Kjaer.

Several reliable sources in Germany are reporting that Karim Adeyemi is close to a move to Borussia Dortmund despite interest from PSG, Bayern Munich, Real Madrid, and Barcelona. A deal is subject to RB Salzburg and BVB agreeing on a deal for the 19-year-old attacker enjoying his breakout season under Matthias Jaissle.

Adeyemi operates as the second striker in Salzburg’s famed 4-2-2-2 setup, where he starts alongside a more centre-forwardish striker in Noah Okafor. Interestingly, both men have Nigerian heritage and Adeyemi’s speed and technical ability allow him to drag defenders all over the place to free his Swiss counterpart to find the back of the net.

It was this sort of play that gave Die Roten Bullen their UEFA Champions League victory over Sevilla as they sealed qualification to the next round ahead of the Andalusians. Brendan Aaronson slipped in Adeyemi, who peeled off from Lucas Ocampos before crossing for Noah to finish. Adeyemi scored seven goals in the Austrian Bundesliga last campaign but he has already doubled that tally this term with 14, and there are many games to go.

In the UEFA Champions League, he has scored four times this season and won an astonishing four penalties already. Hansi Flick already gave him his international debut for Die Mannschaft where he has made three appearances and scored once.

Borussia Dortmund will be going back to where they signed their current striking phenomenon Erling Haaland to sign another one. BVB rarely miss when they target strikers as Robert Lewandowski, Pierre-Emerick Aubameyang, and Haaland have proven. That said, a fee in the region of 30 million Euros should get this one sorted.

Mino Raiola is already playing his usual games with one of his star agents. The self-proclaimed extremist is marketing Haaland to prospective clubs with well-timed comments and snippets. It is this sort of behavior that makes him one of the best in the business. His clients know he will squeeze the clubs for every dime.

Although some of Europe’s biggest clubs don’t fancy it, Haaland has been a phenomenon for BVB scoring 51 Bundesliga goals in 51 Bundesliga games. He is already up to 14 goals for Dortmund this campaign even with some injury setbacks. His record in the Champions League is also exceptional. Raiola recently granted an interview alluding that the time has come for the Norwegian to move on from Dortmund as everyone expected as there is a rumored release clause of around 75-90 million Euros that comes into play next summer.

While everyone will love to sign Haaland, his destination at the moment is not clear. PSG, Juventus, Manchester United, and Manchester City are the only clubs left capable of signing the 21-year-old. Raiola indeed stated that he could renew with Dortmund, but a sensational move away is perhaps more likely.

One of football’s best-kept secrets right now is that Andre Onana will join Inter Milan when his contract expires at the end of this campaign. The Cameroonian shot-stopper nearly joined Lyon this summer while serving his drug ban but opted out of a deal in the final moments.

Onana mistakenly took his wife’s medication which happened to contain a controlled substance thus triggering a nine-month ban. He was not allowed on Ajax’s training facilities grounds until late November but has returned to action in recent weeks.

The club’s hierarchy have been patient with their Jong Ajax graduate who looks set to join the Nerazzurri. At 25, he is at the right age to collect the mantle from current Inter keeper Samir Handanovic who has been with the Serie A champions since 2012 and at 37, is getting ready to pass on the torch. AFCON 2022 will present Onana’s opportunity to restate his case as one of the best keepers around.

Chelsea and Germany defender Antonio Rudiger cannot agree on a new deal as his current one expires at the end of the season. Rudiger knows that this will probably be his last contract in his prime, and he is entitled to squeeze the best possible offer from the London club.

The blues are also apprehensive about giving the boy from Neukolln such a huge contract at 28. However, Rudiger has become a world-class performer under Thomas Tuchel and wants his pay to reflect that status. While most sources say that both parties are still negotiating, Real Madrid want to sign the defender on a free transfer just as they did David Alaba from Bayern Munich.

The German champions also made inquiries about Rudiger but decided that the sum he was asking for was not within their means. Whatever Rudiger demands, Madrid may be willing to match it. Chelsea could lose a good defender for free as he has become a commanding and ruthless figure at the back in 2021. Rudiger is also quite underrated on the ball for his ability to spray good passes and progress the ball with good runs, if he does end his five-year stay at the club, Chelsea will struggle to get an experienced defender to replace him, but you can also understand the club bucking at paying a sum that scares the financially mighty Bayern.