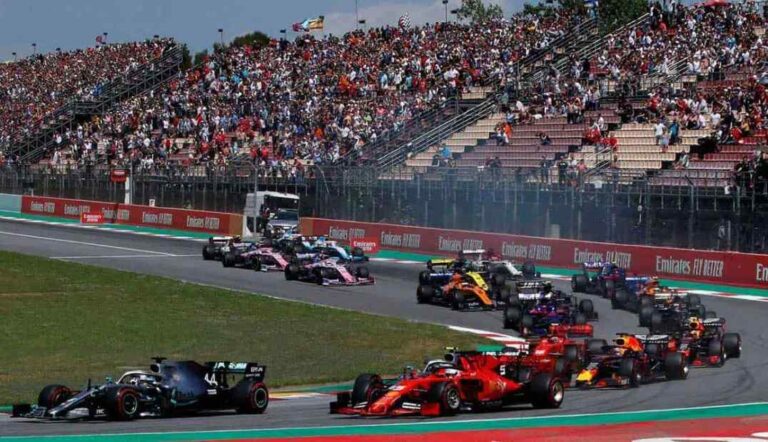 Best F1 Circuit in the World. Formula 1 starts this year with many surprises and novelties. There are many mythical circuits that will bring together the best drivers in the world. Nothing is missing for the start of F1 2022, there is a lot of expectation and great excitement to know what is to come.

For those of us who are lovers of this sport, we always talk about the best tracks in F1, it is normal to find different opinions and that everyone has their reasons, so enjoy this list that we have prepared for you. In this list of the best Formula 1 circuits, we have race tracks scattered around the world. Review each one and find out why they are a real challenge for the most experienced pilots.

This great circuit is located in the province of Liège in Belgium. It is the most valuable circuit in this country, not because we say so, but because the F1 drivers and fans themselves show a lot of inclination for it and point it out among the best circuits.

If you are one of those who love classic circuits, then it is very likely that this is one of your favorites, since it still maintains that essence, it has high-speed curves and quite long straights and of course level changes. It is for this and much more the Spa-Francorchamps circuit that cannot be missing from this list.

This spectacular circuit is located in the Eifel mountains, approximately 60 kilometers from the city of Koblenz, Germany. This circuit is made up of 176 curves and slopes, it has an extension of 20.7 kilometers, and it can be extended to about 24.4 kilometers.

Something to highlight about this circuit is that it is considered one of the most dangerous in the world, and not only because of its curves and unevenness, but also because it requires a degree of experience from the drivers who compete on it.

The Nazionale di Monza racetrack is located in the park of the Villa Real de Monza, near Monza, Lombardy region, Italy. This cool circuit is definitely one of the best F1 circuits in the world; It is well known for being where the Italian Grand Prix is ​​held.

It is characterized by its long straights, in which the pilots have the accelerator fully depressed, which makes it quite exciting and also one of the best and fastest circuits in the world. It has a route of almost 6 kilometers, 11 curves, and among its straights is one of 1.2 km long, without a doubt some worth seeing.

It is located in the principality of Monaco, it is a purely urban circuit that has an extension of 3.33 km made up of many curves and narrow streets. It could be said that this is a slow travel circuit.

Due to its numerous hairpin turns and short, narrow straights, it makes drivers take full advantage of their driving skills, ability, and experience. Every year the Monaco Grand Prix is ​​held on this circuit, so stay tuned for the next competition on this great Circuit.

It is well known worldwide by the name of Le Mans, in this aerodrome the 24 Hours of Le Man’s competition is held, and it is one of the strongest and most famous endurance events in the world. It has 38 curves, it is quite long since it has 13.6 kilometers. One of the great attractions of this incredible circuit is the “des Hunaudières” straight, which is 6 km long in which drivers can reach speeds of up to 400 km/h.

We could not continue with our list of the best Formula 1 circuits without naming one of the best in the world, and it is none other than Silverstone. This great layout was built in an old military airport, specifically in the Royal Air Force, near London.

If one day you get to visit this circuit during a racing season, you will be surprised by the emotion with which the locals live this competition, especially as a family, becoming an inevitable and indisputable tradition for them. This British circuit currently consists of 5,891 kilometers, where we can find the typical Copse curves and the linked Maggots and Becketts, both being of the great protagonists.

Located in the city of São Paulo, this circuit is also called the José Carlos Pace Aerodrome, the incredible layout has witnessed incredible F1 races, such as the Brazilian Grand Prix. It has a distance of 4 km, which is made up of 15 curves.

It has been a circuit where many emotions have been experienced and some of the best races in the history of Formula 1 have been witnessed. To remember, in those exciting races we can name when Fernando Alonso was world champion in 2005 and 2006 with the Renault team.

It is located in the Prefecture of Mie, it has some 18 curves and a route of 5.8 kilometers, which make up this incredible racetrack. The F1 Japanese Grand Prix is ​​held here annually. This circuit has seen many battles in the F1 world, really epic and exciting, it is also one of the tracks that drivers love the most because it is quite complex in terms of technical aspects.

It is undoubtedly one of the best circuits, but also one of the most luxurious in the world. It is built on Yas Island, and has a distance of 5.5 kilometers and a total of 21 curves. It’s a fairly fast track with some hard braking spots. It has many technological innovations. The new Formula 1 season is about to start, so we hope you have in mind which circuits you are going to enjoy, surely this new year will be full of many emotions and historic moments for F1 lovers.