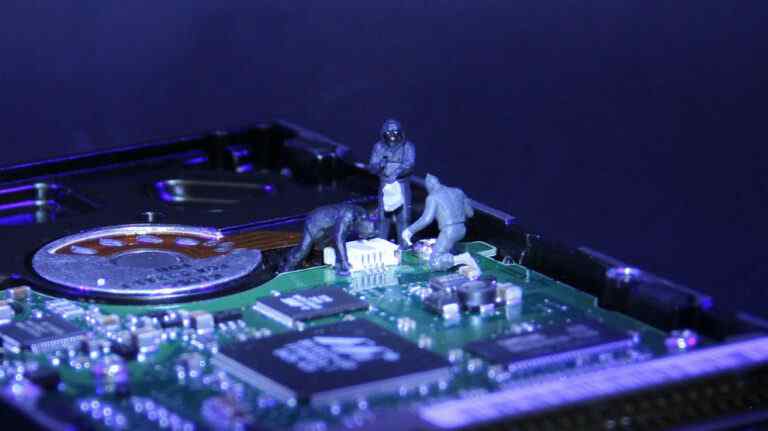 Proper use of the name depends on our ability to research this data. And we know that in this period when Big Data continues to grow, it can quickly become problematic. This is where Elasticsearch gets interesting, as it is the perfect solution to resolve this concern. So what is Elasticsearch and what are the benefits of using elastic search. In this article, you will find out what this tool is and why Netflix, Facebook, or Microsoft uses it.

In the era in which we live, the good use of data is essential. Indeed, if we misuse a large amount of information at our disposal, this could lead to a significant loss for our company or for the society in which we operate.

ElasticSearch is a database search and analysis engine created by Shay Banon in 2004 and released in 2010. It was developed in Java and released under the Apache license. It is also open-source software, the updating of which is handled by the ElasticSearch team itself.

It is document oriented and searches are carried out on the basis of indexes. This system gives it flexibility, scalability, and speed that other search engines of this genre do not have. Thanks to this, one can perform all kinds of searches, whether it is with a single keyword or even with an entire sentence.

In addition, the queries that we make to find information about Elasticsearch are sent using REST APIs, which makes it perfectly adaptable to all circumstances.

Benefits of Elasticsearch and Why use it?

Just with this brief description, you can already imagine the extent of the benefits that can be perceived by using ElasticSearch within your project, especially in Big Data. However, we are going to explain some strengths that it has to you so that you can no longer have any doubts about it.

In the latter two cases, each stored document is divided into multiple partitions, more or less of the same size, then distributed and replicated to each node of an Elasticsearch cluster. Thanks to this processing method, the data has very high availability and searches will not be interrupted, even in the event of a malfunction on one or more nodes of the cluster.

Elasticsearch is also a NoSQL database. It, therefore, benefits from the advantages that this type of database possesses, namely the fact that it can process several document formats.

Indeed, with ElasticSearch, we can process text documents, logs, objects, and even an existing database. We can therefore manage, analyze and search for more information than with a relational database such as MySQL.

The data is stored in JSON format and is grouped together to form an index. However, only documents with the same format and type are put in the same index, such as a relational database that contains rows of the same columns.

ElasticSearch is a real-time search engine, thanks in particular to the two points mentioned above. First, the data inserted in ElasticSearch can be viewed as soon as it is stored and indexed in the database. The speed at which this treatment is executed is only a few seconds.

Then, since it has a distributed architecture and processing takes place through an index, the waiting time when looking for information in the database present on the system is extremely low. , depending on the complexity and extent of the research.

When you want to query an ElasticSearch database, you go through a REST API. This REST API is fully managed by the software itself, eliminating the need to worry about the conceptual and execution aspects of it.

When a request is made via the Elasticsearch REST API, it is first sent to the main node of the cluster which distributes it to the other so-called “slave” nodes, that is to say to each node in the cluster. which a data partition is stored. The result is synthesized and then returned to the requestor.

This query system allows it to be used in parallel with all programming languages ​​such as Java, Python, R, etc. If you work in Big Data, for example, you can easily integrate it into the architecture that you have already set up before without encountering the slightest problem.

In fact, ElasticSearch is distributed under an Elastic and SSPL (or Server Side Public License) license, as is the case with MongoDB. Its own “Elastic” license is the basic distribution license that allows developers to use it as a back-end for their own solutions.

The SSPL license, on the other hand, is a happy medium between an open-source license and a proprietary license. This allows developers to still be able to make their contributions in the evolution of the software except that the management of updates is carried out by the Elasticsearch team.

The documentation is available in several languages, which makes it easier for users and developers to learn from all over the world.

However, rest assured, Elasticsearch is free. You do not have to pay for the license to be able to benefit from the multiple functionalities offered by this tool. There are, however, a few paid features in recent versions of Elasticsearch.

It is the core of several Elastic products

We often hear that several products from Elastic Company revolve around ElasticSearch. This is undoubtedly the case because we find the use of certain other tools through this one.

Beyond the fact that it is based on Lucene which allows it to perform full-text searches, it uses Logstash for relevant log research and Kibana for data visualization, exploration, and analysis.

There are also other tools that will extend the field of research. We have, for example, Beats which will be used to import data from other sources, and Site Search to integrate a search system on a website.

Ease of integration in the cloud

When developing a Big Data project, the use of the cloud has become a solution to seriously consider these days.

On the one hand, it provides an unlimited volume of storage space so that we can set up one or more data warehouses. And on the other hand, it saves us a lot of handling such as mounting physical servers and configuring them, buying software licenses to use (despite the fact that today we find a lot of free and open-source solutions). Economically speaking, it makes sense to move to the cloud.

Concluding the benefits of Elasticsearch, ElasticSearch can be used on all existing cloud solutions through the Elastic Cloud solution, whether on a private or public cloud. Several cloud providers have also integrated this software among the tools they offer so that we can manage all our clusters centrally. We have the ability to individually customize each cluster to be as we want it to be and all of this is done in a secure manner.