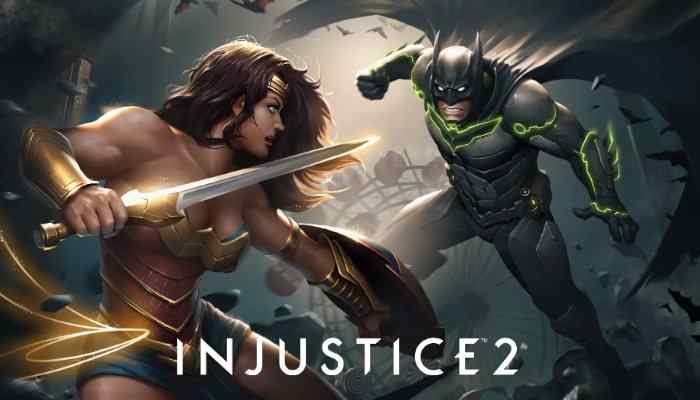 If you’re a fan of DC Comics’ characters and heroes, no doubt you’ve already searched Google Play which was the best mobile title involving the DC universe. Is not it? Although there aren’t many games available and to make your life easier, we’ve compiled a compilation of the best DC Comics hero games for Android. So check out the top cell phone games featuring Batman, Superman, Wonder Woman, Green Lantern, The Flash, Aquaman, and company, and good fun!

Batman – The Telltale Series is an Android game that mixes puzzles and adventure. It is inspired by the most iconic bat of all time. As with all Telltales games, this is an episode story game with comic-book-style 3D graphics. In this game, players will have to advance through the game by solving problems and making decisions that affect the outcome of the story. The first test episode is free on Google Play, ideal to find out if your device supports the game. The remaining episodes, out of a total of 5, can be purchased through in-app purchases.

DC Legends: Battle for Justice is a DC heroes game for Android phones that mixes strategy RPG with  Gacha. In this game, your mission will be to collect the most diverse characters from the DC universe and then improve them and put them in combat against enemies. You’ll be able to collect more than 130 characters based on Justice League heroes and villains. The game also features iconic DC settings, such as Metropolis, Temiscyra, STAR Laboratories, Atlantis, and more. It has a campaign mode and several online PvP modes with a series of events.

Injustice 2 is a 3 on 3 combat fighting game for Android phones. It features a massive cast of characters, both superheroes, and supervillains, from DC Comics. Here you will be able to collect your favorite heroes and villains from the DC universe, improve them, and put them in challenging combats. Unlike more traditional fighting games, here the blows can be triggered by simple drags and touches of the finger on the screen, with no complex sequences. In fact, the target audience for this game is the more casual gamers.

The Mini Titans – Teen Titans Go is a fun strategic role-playing game based on the Teen Titans in Action series on Cartoon Network. In this game, after building your team, you’ll participate in 3 on 3 combats challenging the most diverse opponents. The game features 77 collectible figures from the animated series, including Kid Flash, Harley Quinn, Alfred Pennyworth, Kid Flash, Batgirl, the 80s Titans, and more. It is also possible to combine and improve your action figures for even more powerful abilities. The game costs R$ 15.00 on Google Play, without extra purchases.

5. The Young Titans in Figures

Teen Titans in Pictures is another Android game inspired by Cartoon Network’s Teen Titans in Action animated series. In this sequel to the previous game, you’ll be able to collect over 100 Young Titans figures, including Batman, Superman, Wonder Woman, Flash, the Radical Titans, and more. In this one, you can also upgrade your figures to unlock even more powerful abilities. You can even repaint your figure the way you want, in addition to changing their abilities to create unique characters.

Download The Young Titans in Figures here on Google Play >>

This is our compilation of the best DC Comics hero games for Android. Feel free to nominate your favorite DC hero games that were left out of this list in our comments!