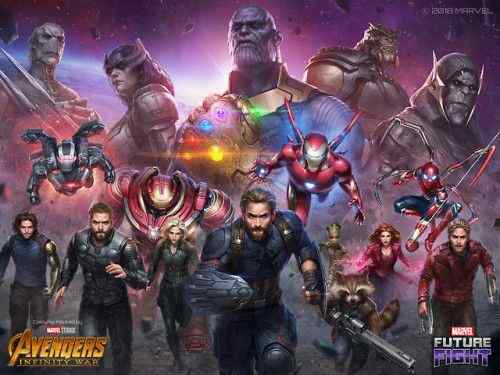 Want to know the Best Marvel Games for Android in 2021? Then check out our list of the top five games featuring the most loved Marvel comic book characters for your mobile. So, if you are a fan of Iron Man, Black Panther, Hulk, Spider-Man, Captain America, Black Widow, X-Men, Guardians of the Galaxy, and more, this list is for you. Look!

5 Best Marvel Games for Android to Play in 2021

Marvel Tournament of Champions is without a doubt one of the most popular Marvel games for Android phones today. In this fighting game, you’ll have the opportunity to collect all your favorite Marvel heroes and villains and put them in insane combat. You can even join your friends online to form alliances. In addition to the iconic comic book superheroes and supervillains, you’ll also enjoy the classic settings of these characters. Such as Avengers Tower, Asgard, Oscorp, Wakanda, SHIELD Aircraft Carrier, Kyln, and more. The game is free with in-app purchases.

MARVEL Future Fight is an Action RPG based on the heroes and villains of the Marvel Universe for Android phones. As in the previous title, here you will also have the opportunity to collect the most diverse of Marvel’s iconic characters. There are more than 200, including Avengers, X-Men, Guardians of the Galaxy, Spider-Man, Defenders, and more, and you can even improve them to unlock all their powers. In this one, you can also form alliances to play with your friends and there are several PvP arena modes. The game is free with in-app purchases.

MARVEL Puzzle Quest is the Marvel heroes version of one of the most popular puzzle game series produced by D3 Go! This developer is also responsible for the title Magic: Puzzle Quest, both are match-3 games. In this one, the tile combination charges your characters’ superpowers and unleashes special moves from your favorite Marvel heroes against enemies. Here you can collect hundreds of characters from the Marvel Universe, play online and participate in weekly special events. The game is free with in-app purchases.

4. the Marvel Kingdom of Champions

The Marvel Kingdom of Champions is an action game based on the main characters from the Marvel Universe. In addition to choosing your favorite Marvel Champion hero, you’ll have endless possibilities to customize it with weapons and gadgets. Each champion has unique strategic abilities that maximize their advantages on the battlefield. The game features several game modes, in addition to team multiplayer online. It’s free on Android with in-app purchases.

MARVEL Force Strike is another action game based on Marvel’s superheroes and supervillains for Android phones. This is a turn-based RPG game with breathtaking 3D graphics. As you progress through the game, more characters you will unlock, as well as improve them. You’ll be able to form powerful squads by combining Marvel heroes and villains such as Spider-Man, Iron Man, Dr. Strange, Captain America, Hulk, Venom, Deadpool, Thor, Wolverine, Black Widow, Loki, and more. This game is free with in-app purchases.

This is our list of top Marvel hero games for Android. But feel free to nominate your favorite Marvel mobile games in our comments!