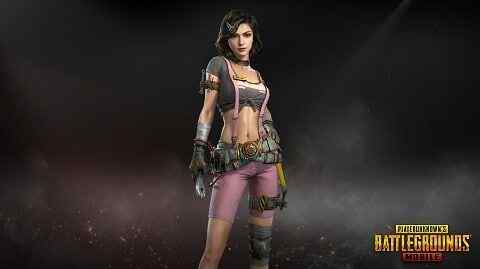 Best Free Games for Android and iPhone in 2021

When we analyze the options that fit into the group of the best free games for Android and iOS, we realize that the question of gratuity has nothing to do with the quality of the game. That is, this group is composed of high-quality titles, which manage to catch the attention of players of the most diverse styles. And yes, to prove it, I have separated 15 great games here. So, if you want to embark on a high-level game without having to pay any amount, I suggest you keep reading until the end… let’s take a look at the options?

Opening up this list of the best free games for Android and iOS, we have the electrifying Brawlhalla. This is a game with simple graphics, but well-designed, and gameplay options that cater to the most competitive players, generating good hours of fun. Generally speaking, Brawlhalla puts players in control of stylish characters, who must “get out on their heels” with opponents. The fights are very busy and the scenarios still create a very different dynamic for the conflicts. It is worth checking!

Brawl Stars is another option that also stands out for its busy and competitive gameplay. The disputes are presented from a “top-down way” perspective and the game modes are very varied, which makes the game a very versatile and always engaging option. Despite the childish graphics, Brawl Stars guarantees a high level of playability and still manages to keep players busy with its many customization options. For sure, if you decide to face this challenge, you will end up falling into “addiction”.

Representing the legendary Call of Duty (CoD) franchise, Call of Duty: Mobile is the perfect option for anyone who can’t do without a good online shootout. As with the titles in the series for PC and consoles, the game has high-quality constructions and very busy gameplay. Furthermore, Call of Duty: Mobile offers a good number of game modes, which ends up ensuring a complete experience for shooting game fans. To top it off, the customization options still add a lot of value to the experience. What a game!

Backed by a legion of millions of players, Clash of Clans has become a true legend of the mobile world. The game follows the basic premises of strategy and management games and has some options that always guarantee incredible battles between players. As the game’s title suggests, Clash of Clans has as its main focus the disputes between clans formed by the most diverse battle units. And yes, these fights are made possible by very intuitive and immersive game systems. Without a doubt, this is a game that deserves your attention.

Set in the same universe as the legendary Clash of Clans, which I mentioned above, Clash Royale also promotes intense and strategic battles, but in the end, players end up joining more dynamic duels with real-time action. In short, Clash Royale puts two players on a “miniature map” and promotes epic battles, in which we find several battle units and we can still make use of the great card system. This is another option that has a high level of competitiveness. Be sure to check it out!

6. Crash Bandicoot: On the Run

The Crash Bandicoot character is one of the most loved by players around the world. Therefore, an adventure in which he is the protagonist always ends up drawing a lot of attention. In this case, my highlight goes to Crash Bandicoot: On the Run, which manages to promote very fun adventures. This is one of those games where the character is always running and the players just have to collect the items and overcome the obstacles. Logically, as the hero’s universe is quite insane, the stages always end up having surprises and comical moments. Anyway, a great game to pass the time!

Now, if you intend to embark on a Battle Royale dispute of respect, Free Fire is an almost mandatory title. After all, the game was born on mobile devices and managed to conquer millions of players, with its optimized commands and its large doses of content. And the most interesting thing is that Free Fire has evolved so much, that today players can enjoy different game modes, options for casual entertainment, and many elements of customization. In other words, this is definitely one of the best free games for Android and iOS.

At the midpoint of this list, we have the curious Guardian Tales. This is an Action RPG that follows the line of classics like The Legend of Zelda and Secret of Mana and offers a lot of challenges, as well as very funny situations. The adventure is marked by a large number of dungeons and intense conflicts against powerful bosses. In addition to that, we still find a good dose of puzzles, options for a high-level PVP, many weapons, and several situations that guarantee a very co-op gameplay. Great!

For those who just want to relax and pass the time with an immersive experience full of management mechanics, Harvest Town might turn out to be a good choice. This is one of the many farm games in the mobile world and its gameplay always gives players new things to do. As much as the main objective of the game is the creation and maintenance of a farm, there are several game systems aimed at creating immersive situations and with a good dose of simulation. Not to mention that pixel art graphics are a spectacle on their own.

Raising the adrenaline level of this list with the best free games for Android and iOS, we come to the excellent KartRider Rush+. The title promotes insane races between caricature drivers and cars as stylish as they are fast. And yes, the level of competitiveness is very high. KartRider Rush+ still stands out for presenting the riders’ stories, beautiful customization systems, distinct game modes, right-to-ranked matches, many tracks, and very intuitive commands. In short, a perfect game for high-speed fans.

Created to make the legendary League of Legends (LoL) universe accessible to mobile players, League of Legends: Wild Rift offers the same level of quality as its source of inspiration and gameplay that makes it clear that the main ideas of success from Riot were adapted to the new devices. League of Legends: Wild Rift features simplified commands and manages to maintain a good level of competitiveness. No wonder, tournaments related to the game are already starting to be organized and, most likely, this will soon be one of the prominent adventures in the competitive scene.

Endowed with a set of extremely attractive features, Otherworld Legends is an alternative that can appeal to players who enjoy games like Moonlighter and Children of Morta. The game has typical elements of the so-called roguelike and RPGs. So whenever we embark on a new journey, it feels like we’re starting over, which ends up keeping the adventure always attractive. Besides, Otherworld Legends has beautiful graphics in pixel art, great controls, and great challenges. Very good!

Let’s talk now about a phenomenon in the mobile world called Pokémon GO. Although the game needs no comments, I couldn’t fail to mention it in this list of the best free games for Android and iOS, as its revolutionary gameplay continues to attract millions of players around the world. In Pokémon GO, players end up having the chance to become Pokémon masters, being able to capture and raise the little monsters, enter competitions with other players, participate in events, and much more. By the way, it wouldn’t be an exaggeration to say that this is a must-have title in the mobile world.

Returning to talk about great exponents of the Battle Royale genre, our list “parks” is now on the great PUBG Mobile. Despite being a version of the original PUBG, the game has received more doses of content than its source of inspiration, which makes it an excellent choice. This is another game that manages to guarantee very intense and busy competitions, taking a break from time to time to entertain players with its customization systems. Overall, if you like online shootings, PUBG Mobile never disappoints.

Rounding out this list with the best free games for Android and iOS, we have the “ethereal” Sky: Children of Light. The adventure focuses on exploring beautiful worlds and offers very relaxing gameplay. Also, stories are always exciting. With good customization options and very simple commands, Sky: Children of Light still has musical elements and many mechanics to promote interaction between players. In short, this is a different game that never fails to delight.