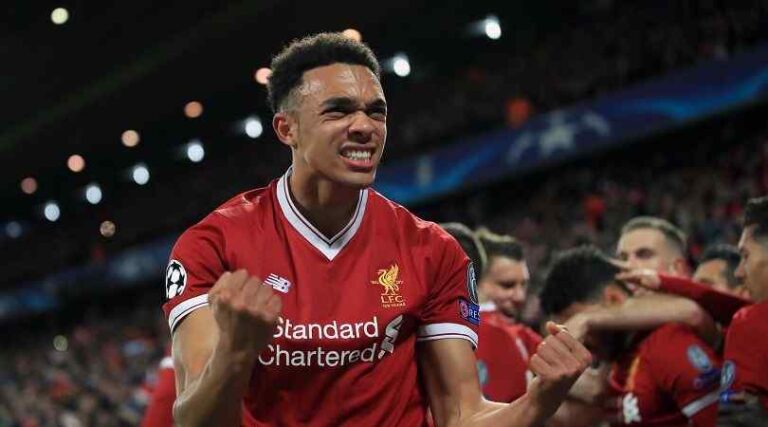 Best Right-Backs in the World

The Right-backs are soccer players who have had to evolve to unsuspected limits in recent years. Its importance in defensive solidity, game creation, and participation in the offense has increased in this modern football. Therefore, it is essential to create a ranking of the best right-backs in the world.

How to make the ranking of the best right-backs in the world?

To make this ranking, it is necessary to base on three criteria that have a determining weight in this top. These criteria are the following:

To begin with, we have one of the starting full-backs of the Portuguese team. Nelson Semedo is a young right-back who had a somewhat irregular step for FC Barcelona. After a disastrous end of the season for the culé team, the Portuguese opted for a change. In this way, Wolverhampton Wanderers took over the services of the side.

His great offensive projection tends to overshadow his defensive contribution. However, his speed and good vision will serve Wolves wonderfully in the Premier League.

Joao Cancelo is a young winger who in recent years has been bumping into the best leagues in Europe. Finally, after a millionaire investment from Manchester City FC, the Portuguese arrived at the Mancunian club. In the Premier League, when he has been able to play, he has shown that he is still one of the great talents of world football.

Again we are faced with a player who prioritizes his offensive game. However, his defensive records are not all bad. For all this, coupled with his great speed, Cancelo is still waiting for his opportunity to settle in the starting eleven of Manchester City.

Sergi Roberto is a player who is difficult to classify as a pure right back. His beginnings as a midfielder have allowed him to be a Swiss army knife for all the coaches who have passed through FC Barcelona. In this way, we find Sergi so high in this top thanks to his versatility and defensive sacrifice.

The Spanish player is the typical worker who does not get a 10 in anything but contributes a 7 in everything. For this reason, year after year, he has managed to add titles to one of the best teams in the world.

The case of Kieran Trippier is a surprise to all Spanish soccer fans. English players generally have a bad reputation that has been difficult to clean up. It is popularly said that the English do not perform at a good level outside the islands. For this reason, the high level of Trippier has been a pleasant surprise for the mattress makers.

Being a starter in one of the three best teams in all of Spain, it is difficult not to mention Trippier in this ranking. A starter in practically all the games of last season, his defensive contribution has been key at Club Atlético de Madrid Cholo Simeone’s.

César Azpilicueta is already a legendary player for Chelsea FC. Last season he played practically everything and was a key player in Chelsea’s first season under Frank Lampard. For this reason, winning the captaincy in a big-6 club and being a starter in one of the best leagues in the world is not available to everyone.

His offensive contribution tends to be overshadowed by his great defensive level. Being a traditional cut defender, his head is always focused on coming back to get the ball back.

Who does not remember that legendary Navas career in the 2010 World Cup final that ended with Iniesta’s legendary goal? At the time, Navas was in his best shape. However, he was far from being considered one of the best in the world.

For this reason, that 10 years later, Navas is considered the fifth best right-back in the world, it is a pleasure for the Sevillistas. After an incredible season that concluded with the achievement of the sixth Europa League in the history of Sevilla FC, Navas deserves to be here.

The top 4 of the best right-backs in the world open with Manchester City FC’s starting right-back. Kyle Walker is a fairly complete English fullback who continues to count for Pep Guardiola. Such has been his impact on the English club that Guardiola has chosen to align Joao Cancelo on the left side.

His great offensive level does not leave behind the defensive contribution that the former Tottenham Hotspur winger brings to the Mancunian club. In addition to having great speed, his associative game has been key to earning Pep’s trust.

Ricardo Pereira is one of the best full-backs in the world, and whoever denies it has not seen the Premier League enough. His contribution to Leicester City has been titanic, being a key player in the success of the Foxes to end up qualifying for the Europa League.

Thanks to his hard work with Ben Chilwell, Leicester City had the second-best full-back pair in the entire league. For all this, his great talent, his offensive projection, and great defensive strength, it is not crazy to say that the Brazilian full-back is in the top 3 in the world.

One of the great talents to come out of Real Madrid CF in recent years is Dani Carvajal, making him one of the best right-backs players in the football world. He is a key player in the great successes of Real Madrid for several seasons and has carved his way based on hard work.

His great talent is not only measured in lethal centers and an excellent presence in three-quarters of the rival court. His defensive facet leaves nothing to envy on offense since he is one of the strongest full-backs in all of Europe.

Finally, we have one of the most promising talents in all of the football world. Trent Alexander-Arnold, the boy from Liverpool, aka Anfield Road, is the Best Right-Back Player in the Football World as of 2021.

His contribution to the great successes of Liverpool FC is not only on the side of what a right-back should do. Rather, the young English player always goes one step further and contributes to all facets of the game. For Klopp, Trent has been the linchpin of his scheme both offensively and defensively.

All this is due to his great vision of the game and mischief that, for example, no FC Barcelona fan will ever forget. His versatility has allowed him to create a game as if he were a midfielder and defend his shield with his soul as if he were a central defender. Therefore, it is impossible not to place you in the highest position in our ranking.

Read More: 20 Players with Most Assists in Football History